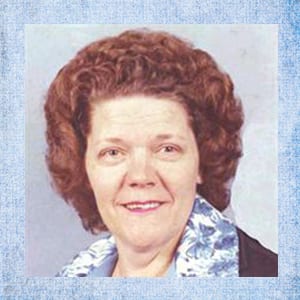 Shirley Omega Head Pridemore was born in Providence, Kentucky, on October 23, 1934. While living in Blairsville, she was employed by Georgia Boot Company. She also had worked in Detroit, Michigan and Lakeland, Florida. Shirley had been preceded in death by her late husband of 30 years, Kenneth J. Pridemore. She was preceded in death by her parents, Volney and Flora Head; also preceding her in death were her sisters: Geneva Lee of Southgate, Michigan, and Lillie Belle Jones, of Blairsville, and brothers: Carl Head, Hershell Head and Harold Head of Michigan; Robert Head of Florida, John R. Head of Marietta, Georgia, and Arnold Head of Blairsville.

She is survived by brothers, Rex Head of Lucedale, Mississippi and Kenneth G. Head of Flat Rock, Michigan and many nieces and nephews. Shirley loved all of her large family very much.

The family will meet with friends at Cochran Funeral Home in Blairsville on Saturday night, July 11, 2015, from 6 until 9 p.m.

If you wish, memorial contributions may be directed to Homestead Hospice or Appalachian Home Health.

Arrangements have been entrusted to the care of Cochran Funeral Home of Blairsville. Please share your condolences and fond memories with Shirley’s family on our website, www.cochranfuneralhomes.com.