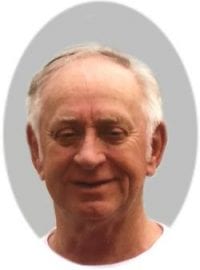 Mr. Walter (Walt) James Schmeltzer Jr. age 83 of Valparaiso, FL formerly of Blue Ridge passed away peacefully at his home on Sunday June 18, 2017 surrounded by his loving family. Walt was born on May 31, 1934 in Chicago, IL., the son of the late Walter James Schmeltzer and the late Bernice Josephine Finnegan Schmeltzer. He was a veteran of the US Navy of the Korean and Vietnam Wars retiring after twenty three years of service. He was a loving and caring husband, father, brother and grandfather. Walt was a member of Friendship Baptist Church.

Funeral services will be held on Wednesday June 21, 2017 at 11:00 am from the Mountain View Chapel with the Rev. Larry Trulove officiating. The following gentleman will serve as pallbearers, Richard, Alvin, Mark, Tim, Ricky and Christopher Schmeltzer. Interment will follow in the Friendship Baptist Church Cemetery. The family will meet with friends at the funeral home on Wednesday from 10-11:00 am. Mountain View Funeral Home of Blairsville is in charge of the arrangements. You may sign the family guest book and send condolences online at www.mountainviewfuneralhome.com