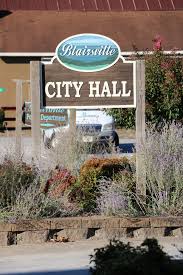 Cook reported to city officials that it was determined that the chemicals were coming from the Aviagen Hatchery, a poultry hatchery facility located near Colwell Detention Center, after increases in the chemical oxygen demand (COD) at the treatment plant were discovered in January.

Mayor Jim Conley explained changes in Aviagen’s clean up process after delivering boxes of chicks to clients have resulted in the increased amount of chemicals coming into the wastewater plant.

“We’ve never had problems out of (the hatchery) before,” Conley said. “Those places are keep very, very sanitary, and I’m sure that the chemicals that they use are not harmful to you or me, but it’s harmful to our (wastewater treatment) plant because we have to operate under certain numbers for the EPD (Environmental Protection Division) in order to stay in compliance with our permit.”

When Council Member Tony Dyer asked Cook if the city could be assured the water draining from the treatment plant into Butternut Creek was EPD legal, Cook responded by saying, “I’ve called EPD and told them of the issue … I told them that we would be probably closing some of our permit tests, and I assume (EPD is) okay with it. They didn’t send anybody up here to start testing or anything.”

Other department reports featured Darren Harper, supervisor of the Downtown Development Authority (DDA), telling of the DDA’s plans to install a lit bulletin board near the downtown square. Harper described the bulletin board as “a place where people could see what events are coming up, a directory of businesses in the downtown area, (and) things of that nature.” Harper stated the cost of the board would be just under $500 and the proposed location would be between King’s Five and Dime and Hole in the Wall.

During Harper’s report, the council unanimously approved a move to replace DDA member Bob Head with former member Robert Rogers and move Head’s membership to an honorary status with the DDA.

In the water treatment plant report, Supervisor Danny Dillard stated increased water demand has resulted in ground water wells not producing as much as in the past, and he added that adjustments would be made at the plant wells to account for the increased demand.

Blairsville Airport Manager John Hamler reported that the newly installed Automated Weather Observing System (AWOS) equipment has been operating well and that the hangar extensions have been well-received. Hamler also stated airport staff hopes to have the new Jet A fuel tank installed by April. According to Hamler, he and Mayor Conley had discussed hiring a commercial window cleaning service from Murphy, North Carolina, to clean all the windows – inside and out – of the airport terminal. “The new windows have a film on them,” Hamler explained. “It’s just been real impossible to them clean.”

During Hamler’s report, the council unanimously approved the hiring of Edgar Marshall as airport operator. Marshall, who worked previously at the Western Carolina Regional Airport near Andrews, North Carolina, for five years, will replace current operator Storman Glass, who will be leaving Blairsville Airport at the end of May. “I’m excited about getting started,” Marshall said after the council’s approval.

City Attorney David Barrett gave an update on the proposed annexation of 83 Conley Road in Blairsville. “Where we are on that is there is a gap between the property of the county and the city,” Barrett explained, “that we’re having to figure a way to get that 50-foot wide stretch opened and I’m in the process of trying to negotiate … You cannot annex less than 50 feet in width in the state of Georgia.”

A complaint concerning the city’s inability to accept credit or debit card payments from water customers was addressed by the council. It was explained that the Notla Water Authority currently charges a 3 percent fee for credit or debit card transactions. After further discussion, the council approved for preliminary steps to be taken to establish a method to receive card transactions for water payment. “I just think, personally, it’s high time we did that,” Council Member Rhonda Mahan said.

Later in the meeting, the council approved the Rushton and Company accounting firm from Gainesville, Georgia, to perform the city’s 2017 financial audit.