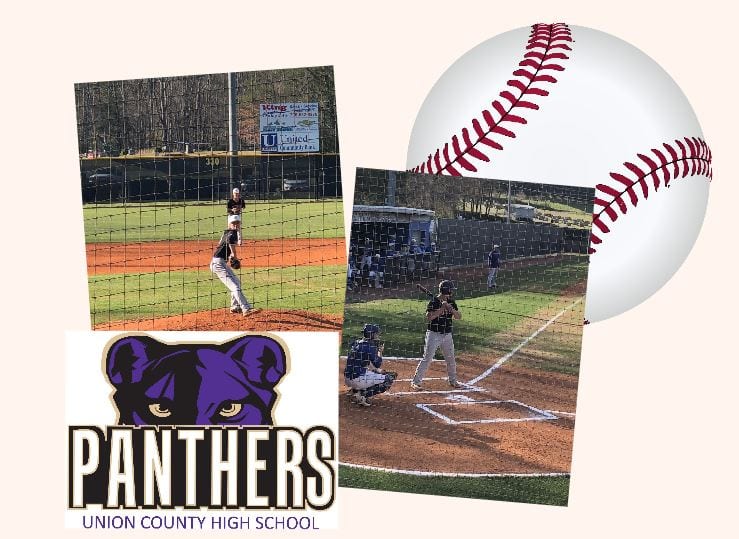 Tuesday, April 10th, the Panther Baseball team faced off against the rival Fannin County Rebels in the first of three games.

Davis took the mound for the Panthers.

Davis struggled early as he allowed 9 runs in an inning and 2/3. Defensively the Panthers struggled having 4 errors in the first 2 innings. Davis allowed 9 runs, 2 of which were earned, 4 walks, and struck out 2 batters before J. Colwell relieved Davis.

However, the Panther offense scored early and often as UC scored an early run before trailing 2-1 after the first inning. 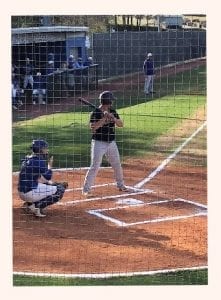 C. Colwell lead off the 2nd inning for the Panthers with a walk. Baggett walked and Harkins singled to load the bases for the Panthers. Banton drew a walk to tie the game at 2 before Daniel would reach on an error to extend the Panther lead 3-2.

Colwell and the Defense would continue to struggle throughout the game as the Panthers would finish with 8 errors.

The Panther offense fell off until the 5th inning as J. Colwell and C. Colwell would both gather 1 out singles. Baggett drove in 2 runs as he reached base with on a 2 out single to right field. Banton and Harkins would later collect RBI’s as the Panthers trailed 16-7 after 5 innings.

The Rebels would close the game in the 6th as Johnson reached with a leadoff double and was drove in by the following batter, Gobble, to put the Rebels on top 17-7 win by mercy rule.

Colwell finished pitching 3 1/3 innings allowing 8 runs, 6 of which were earned, as he also walking 6 batters, and finishing with 4 strikeouts.

The Panthers fall to 8-16 and 1-12 in region 7-AAA. UC’s next game will be Friday, April 13th as the Panthers host the Rebels in a doubleheader as the first pitch is scheduled for 5 p.m.