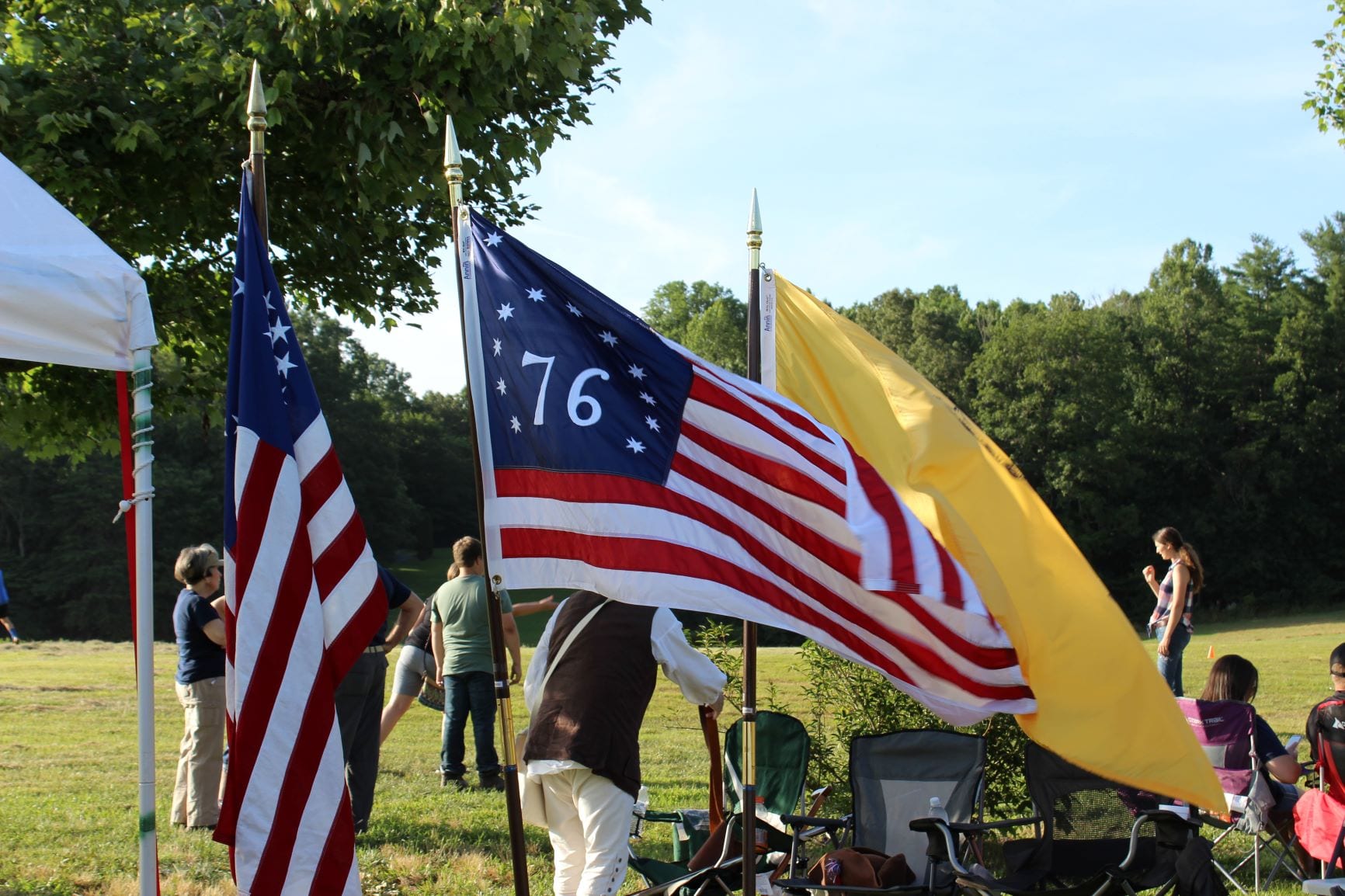 Meeks Park and North Georgia Technical College hosted the Chamber of Commerce’s sponsored fireworks show. The large crowd began turned up around 6:30 p.m., but the majority didn’t arrive until closer to dusk. Still, the sides of Hwy. 515 were lined with cars ready to watch this year’s display.

Chamber President Steve Rowe reported they sold over 300 tickets for the fireworks show and almost sold out of t-shirts. Five food vendors partnered with Chamber of Commerce to provide food including Chick-fil-a, Kona Ice, and Hey Man Kettle Corn. 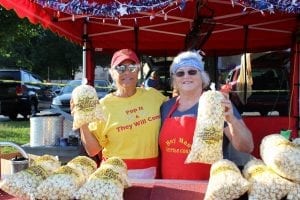 Hey Man Kettle Corn served up their product to the fireworks crowd.

Perhaps, the most special part of the whole fireworks event was the ability to bring 15 local nursing home residents to the show. They had previously expressed an interest in attending the July 4th celebration, and Chamber hired a bus from to bring residents over to North Georgia Tech for the show.

East Coast Pyro made the entire show possible by providing the fireworks for another year.

Union County Sheriff’s Office was exceptional in getting everyone home safely.

Sons of the American Revolution, in period dress, taught the crowd about Revolutionary Soldiers and colonial life in the 1700s. They brought period toys, muskets, and flags, and set up a colonial campsite for kids to play around. 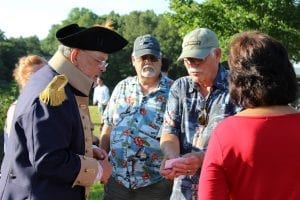 Sons of the American Revolution instructed onlookers about colonial life and revolutionary warfare.

Girl Scout Troup 11365 led a Flag Retirement Ceremony at 7:30 p.m. with the praise band playing after until dusk.

Over in Suches, the small town also held a Fireworks show for residents behind Woody Gap School thanks to the Suches Fire Department at Station 5. It started at 5:30 p.m., full of family fun and food. In case you didn’t know, the Suches show originated with locals shooting bottle rockets at the general store.

Independence Day celebrations wrap up on Saturday, July 6th with a boat parade at Lake Nottely. Starting at 12 p.m., boats will make a lap through the cove by Hwy. 129 and judging will follow.