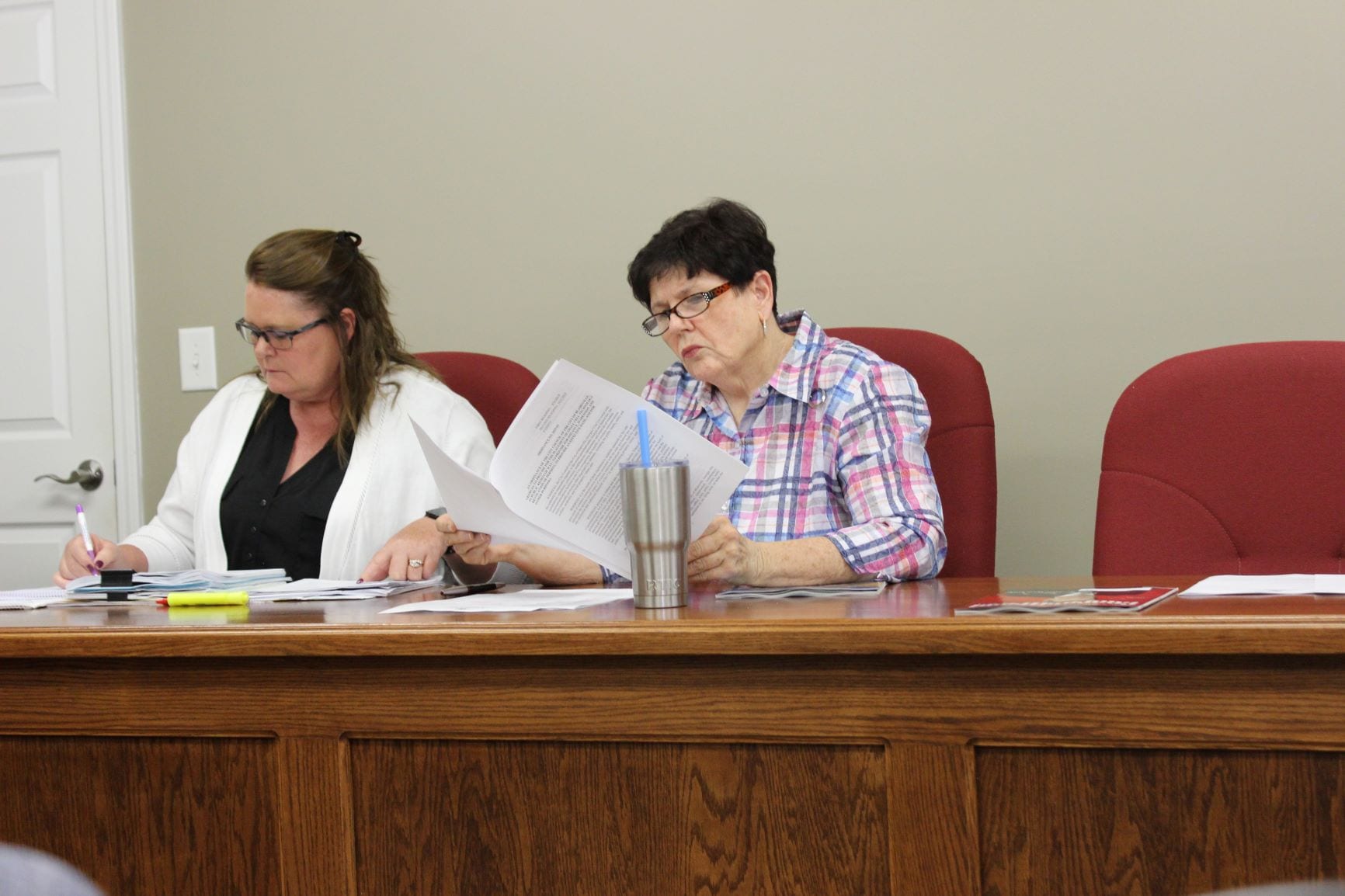 After the initial discussion of adding small cell towers in May 2019, Verizon, City of Blairsville, and Blue Ridge Mountain EMC (BRMEMC) have reached an agreement about using existing EMC poles for the small cell towers.

However, Verizon might need to add a pole in the right of way within city limits to ensure accurate coverage of the area.

Small cell towers refer to radio transmitters to assist with cell coverage within the city limits, but as of now, it doesn’t extend into Union County.

“Where would they go? I don’t want one in my front yard,” stated Councilmember Mary Ruth Cook, “I don’t want it just going up willy-nilly. Do we have any say-so where they go?”

Conley responded, “In the right of way and that’s already dedicated, it would be the same if EMC wanted to put a pole there.”

A small cell facility will house an antenna that takes up no more than six cubic feet, and all other equipment will be no larger than 26 cubic feet.

The size of micro small cell towers is approximately 24 inches in length, 15 inches in width, 12 inches in height, and an antenna of no more than 11 inches. 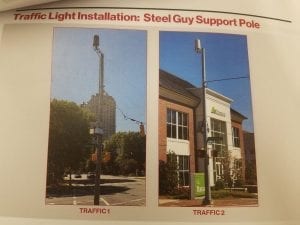 Examples of the units installed on top of a light pole. Provided by Verizon.

“Our approach is that we would like to use the existing infrastructure so utility poles, light poles, and only if we have no other option would we seek to put in new poles. We have agreements with GDOT. Also, we’re working with BRMEMC to collocate on something like this,” commented Eleanor Callaghan.

Callaghan also speculated on the number of small cell towers needed for Blairsville and asserted 15 at the most. However, the project is still in the engineering phase, and no final numbers are available at this time.

Councilmember Tony Dyer asked Verizon representative to speak to the need of this technology in Blairsville.

“It’s so we can densify our network because with all the data usage that people have,” remarked Callaghan, “It shows that we need to improve.”

Georgia Legislature made the small cell tower initiative into law last year, and the city has until October 1st to enact it. The city will receive a three percent fee from Verizon for installing small cell towers in the city.

Blairsville City Council must approve permits for placement in right of way locations.

The ordinance still could change before the October 1st signing date.