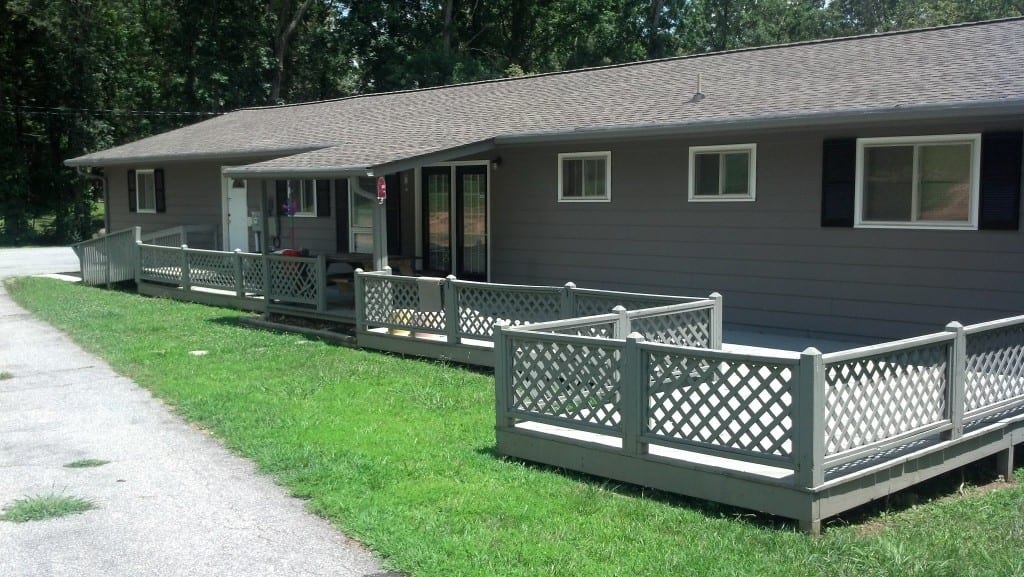 Blairsville, Ga – S.A.F.E., also known as Support in Abusive Family Emergencies, has assisted over 309 individuals between July 2018 and July 2019 with significant plans to expand services in the near future.

Over the next three years, the organization hopes to expand its shelter space to accommodate more children’s groups and activities. Additionally, S.A.F.E. wants to reach out to the Spanish population as well as educate others in the language. Finally, Cousin addressed a desire to expand awareness of the non-profit in Towns County. 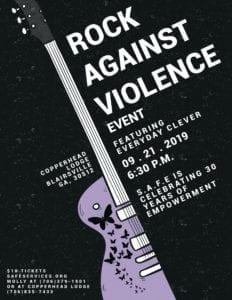 Everyday Clever will play at the event.

One way S.A.F.E.’s hopes for their clients is at their 30th-anniversary event “Rock Against Violence” on September 21 at 6:30 p.m. at Copperhead Lodge. Entertainment includes the band Everyday Clever. Tickets are $10 for ages 16 and up and are available at S.A.F.E. Thrift Stores, Copperhead Lodge, www.safeservices.org, Selah Hair Salon, and Cone and Associates CPA’s Accounting and Tax Services.

“Currently, we have over thirty active volunteers who provide direct service, indirect service, work at the thrift stores or are on our board of directors. Since October 2018, we have received over $30,000 in community monetary donations and the community donated supplies increased significantly in the past year. We are very thankful for such strong support from the community,” stated Cousin.

S.A.F.E. began in 1989 to help those faced with domestic violence, child abuse, or sexual abuse in Union and Towns County.

What started as a 24-hour crisis intervention hotline and support group for women quickly became a grant-funded non-profit organization with support from law enforcement, the judicial system, and social service agencies.

In 1991, Blairsville Jaycees purchased a residence for S.A.F.E to use, and in May of 1991, it officially opened its doors to those in need. Since then, S.A.F.E. has continued to expand its facilities, opening a new facility that can house 16 individuals and meets all ADA and safety requirements, and provides space for all of the services currently offered.

In 2011, the Butterfly House Child Advocacy Center relocated from the S.A.F.E. house to property donated by Union General Hospital. The center allowed for families involved in custody cases to regularly spend supervised visits with their children.

A past client of S.A.F.E had this to say, “If it was not for the people at S.A.F.E. and the Butterfly House Child Advocacy Center’s visitation area, I would not get to see my child that I am working toward getting back to my custody. I was involved in a relationship that was full of domestic violence, and now thanks to everyone at both of these places I am headed in the right direction in getting me and my child back together.”

When asked about her experience with the organization, Cousin said, “I originally wanted to volunteer with SAFE and see what it was all about. I had no idea what I was getting myself into, but I am so happy it happened that way. The amount of work done on behalf individual client is certainly a lot, but it really changes your outlook on life when you see someone start out somewhat broken and leave successful on their own two feet.”

If anyone needs S.A.F.E.’s services, please call 706-379-3000. Volunteers can also be reached through the Union County Sheriff’s Office, police department, or email at info@safeservices.org.