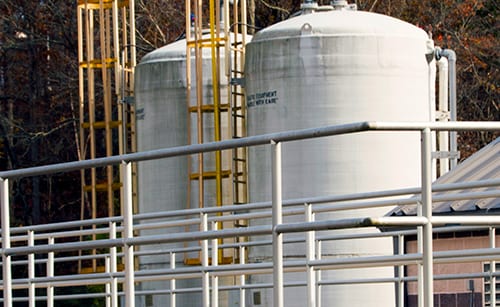 Blairsville, Ga – Several residents of Union County attended the September Blairsville City Council Meeting to ask about the handling of leachate at the wastewater and treatment plant.

Five members of the Lake Nottely Improvement Association expressed concerns about adding the processed leachate back into local bodies of water.

Ross Malme, who owns a seasonal home on Lake Nottely, asked, “What’s in the leachate, and what’s the system’s ability to handle that? Thirdly, what kind of third-party testing is being done to ensure water quality?”

The main ingredient in leachate is ammonia. Blairsville chose to process the compound because the plant has the extra air capacity to handle the processing. The leachate comes from The Water Authority (TWA).

Cook said, “I had heavy metals testing done on it, and most are non-detected. The highest thing that came back was manganese. It’s not a health concern to people. It just discolors the water. We can see a little bit of discoloration in the water going out, but you’re talking about 100,000 gallons of water a day going into trillions of gallons of water.”

Mayor Jim Conley confirmed Mountain True will test once a week above and below stream for the next three months for water quality. The testing includes the bacterial population. The discharge site is also tested every day and twice a week for permit purposes.

“TVA has a limit for how many gallons per day that we can put into the stream, which is 50,000 gallons a day. We’ll never ever be processing that amount of leachate per day,” said Conley. 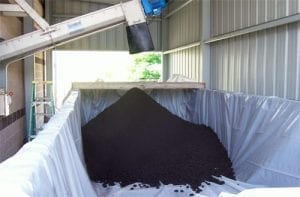 In reports from before and after Leachate processing, ammonia elevated from .18 to .226 milligrams per day. This falls well within the 19 kilograms per day in the permitted limit.

The slight increase is expected since leachate carries a lot of ammonia.

Fecal bacteria also increased from less than 4 CFG per 100 ml to 5 CFG per ml for the monthly average. The permit limit for fecal bacteria is 200ml.

The wastewater treatment plant doesn’t have to run it that low but does so to keep pathogens out of the water.

City council has the final say on how much leachate comes into the plant, and Cook monitors the intake to assure the plant isn’t overwhelmed.

“We would stop treating leachate if at any time we are unable to properly treat it whether it be for bacteria or any other issues. We are obligated to treat all water that passes through our system to meet the requirements of our permit, and generally, our discharge water is well below those limits,” stated Cook.