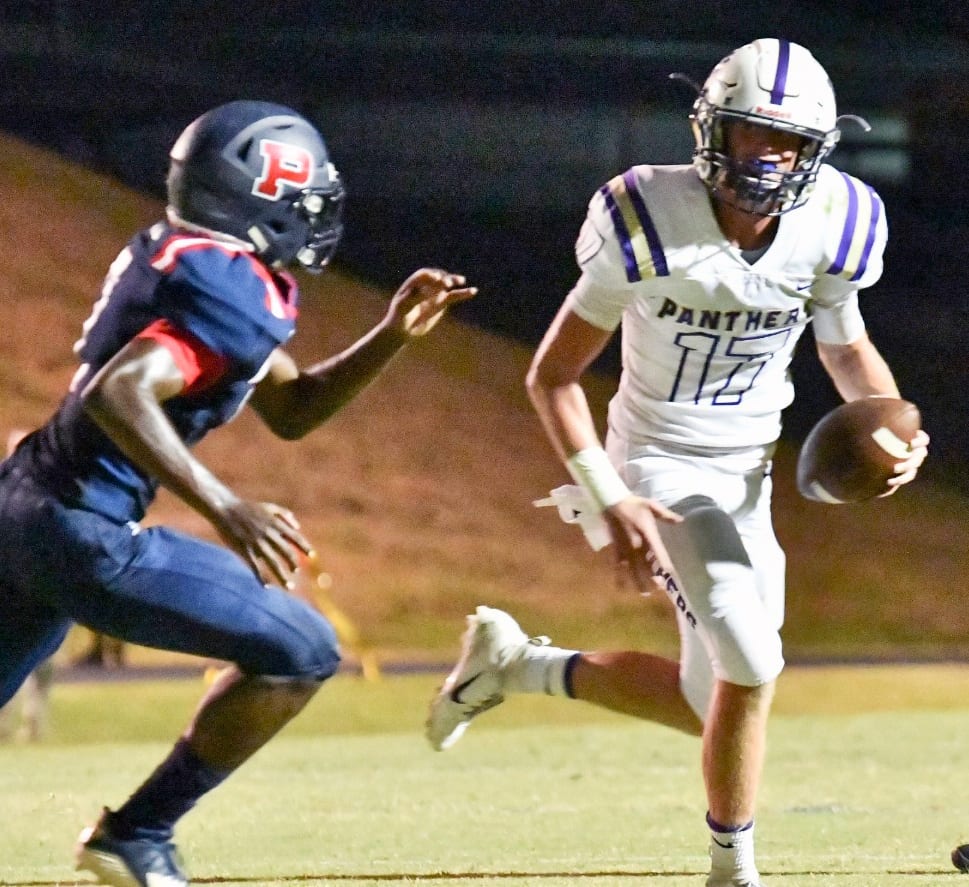 BLAIRSVILLE, GA –The Panthers might have their hands full tonight as they try to remain undefeated when region-foe Elbert County visits Blairsville.

Union County (5-0, 2-0 Region 8-AA) comes in sporting a high-octane offense that is averaging nearly 54 points per game. The team may need every bit of that offensive power against Elbert County (3-2, 2-0), which brings to Blairsville a defense that is surrendering just 17.6 points per game.

As the two units face off, something will have to give for the Panthers and head coach Brian Allison.

On offense, Allison said Friday morning that the Panthers will have to make sure they are playing with good technique.

“First, we’ve got to make sure we’re blocking low and are able to run the football; that will be the key for us,” Allison said.

The Panthers run a lot of single-back formations on offense with senior quarterback Pierson Allison in the shotgun. When they do run the ball, most runs are called options that require Allison to read the defense and either hand the ball off or pull it down and run.

Allison has carried the ball 25 times for 240 yards and five scores this season, while throwing for 1,553 yards, 18 touchdowns and a completion percentage of nearly 69 percent.

Allison has connected with two seniors and two juniors for nearly all his passes.

Seniors Kyle Morlock and Sawyer Drake have both caught six touchdowns through five games. Morlock has a team-high 528 yards on 21 catches, while Drake has 465 yards on a team-high 27 catches.

Junior running back Jonah Daniel has 122 yards on eight catches and two receiving touchdowns out of the backfield. He’s also the other half of the main option attack for the Panthers and leads the team in carries (71), rushing yards (798), and rushing touchdowns (10). Daniel has recorded at least 100 yards on the ground in four games this season.

Junior Mason McCombs rounds out the top four receivers on the team with 11 catches, 208 yards, and three touchdowns.

Despite the great numbers, it will take more than offense to earn the Panthers a win tonight.

Both of the visiting Blue Devils’ losses this season have been to teams from higher classes. The most recent was a 28-24 loss to Class AAAA’s undefeated North Oconee three weeks ago.

Elbert County has also been able to put points on the board through two region wins this season.

The Blue Devils’ first region game, at Oglethorpe County on Sept. 20, ended on a running clock with the score 64-0. The team followed that with a 56-7 domination of Social Circle last Friday in Elberton.

If the Panthers want to remain unbeaten in Region 8-AA, the defense is going to have to play better than it did a week ago in Eatonton.

The Panthers gave up 57 points to Putnam County last Friday, the most since 2017, and they are allowing opposing offenses to score more than 21 points per game.

Elbert County, much like Putnam County, is led by a dynamic running back/quarterback duo that will be the key to the game for the Panthers.

“They are both really good players, so we have to make sure we stop their run game and maybe generate a few turnovers,” Coach Allison said Friday. “We have to try to do what we do best and not try and change anything, other than to make sure we are making good tackles and that we are in good position on defense.”

The Union County defense is led by junior Clayton Lester with 39 tackles (22 solo). Junior Noah Underwood is right behind him with 38 tackles (19 solo) and senior Sloan Sutton has added 37 tackles (17 solo).

On offense, Sutton has also added 136 yards on 20 carries and a touchdown for the Panthers.