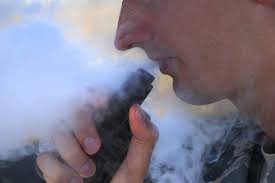 The vape-craze has resulted in several adolescent deaths across the country due to the harmful chemicals in the pods, and statistics indicate that teens using the substance continues to grow.

“Vaping” or “JUULing” refers to e-cigarettes, which have risen in popularity over the past ten years. E-cigarettes normally contain nicotine, although sometimes the device pods are flavored or contain marijuana and other drugs. These components along with other ingredients produce the aerosol that users breathe into their lungs.

According to the CDC, approximately two-thirds of JUUL users, ages 15-24, do not know that the e-cigarette contains nicotine.

Children and adults have been poisoned by swallowing, breathing, or absorbing e-cigarette liquid through their skin or eyes. Nationally, approximately 50% of calls to poison control centers for e-cigarettes are for kids 5 years of age or younger.

The e-cigarette aerosol that users breathe from the device and exhale can contain harmful and potentially harmful substances, including Nicotine, Ultrafine particles that can be inhaled deep into the lungs, Flavorings such as diacetyl, a chemical linked to a serious lung disease, Volatile organic compounds, Cancer-causing chemicals, Heavy metals such as nickel, tin, and lead.

The council decided to prevent future vape shops from opening due to all the health issues associated with the device as well as the dangers it presents to children and teenagers in the area.

Convenience stores and existing vape shops can continue to sell their e-cigarette products. However, no new vape-related businesses can open in the city.

Police Officer Shawn Dyer stated that “If [the vape] has over five percent THC, it’s illegal.”

Blairsville Police Department sends vapes selected to be illegal to the GBI for testing, but it takes around 12 months for the tests to come back.

E-cigarettes also can be used to deliver other drugs, including marijuana; in 2016, approximately one-third of U.S. middle and high school students who have ever used an e-cigarette reported using marijuana in the device.

However, teenagers typically order the illegal and more dangerous vape juice or pods online from California. The city can’t prevent individuals from making online purchases, rather just try and get it off the streets as quickly as possible.

Some e-cigarettes look like regular cigarettes, cigars, or pipes with others look like USB flash drives, pens, and other everyday items. 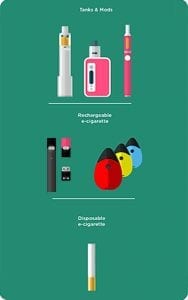 Traditionally, e-cigarettes run on batteries and heat a liquid to produce an aerosol, not “harmless water vapor” as originally marketed.

The council also discussed placing a moratorium on vape supplies but decided they needed to look into the issue more before voting on the supplies part.