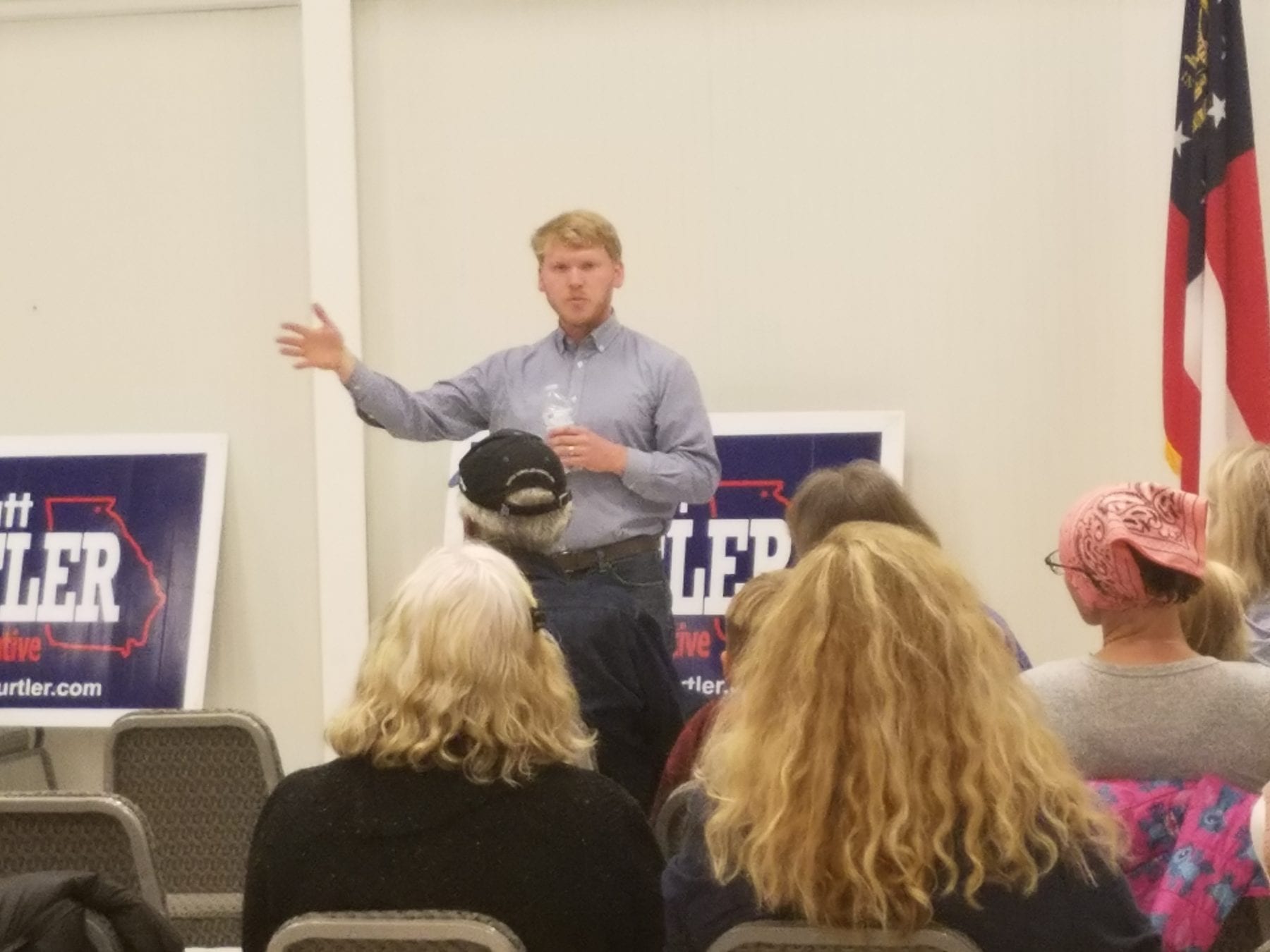 BLAIRSVILLE, GA – Incumbent Georgia District Eight State Representative Matt Gurtler officially kicked-off his 2020 campaign on Nov. 19 and addressed comments made by his opponent about the representative’s effectiveness in the state capitol.

Gurtler spoke to a crowd of supporters at the Pat Haralson Civic Center and fielded questions about Georgia’s General Assembly, the Republican Party, and his goals while in office.

The state representative and establishment Republicans have a contentious relationship. They continually butt-heads over bills due to government or budget growth.

“If a bill grows government, you vote no. If it violates the constitution, you vote no,” stated Gurtler, who originally ran in 2016 to bring principles back to politics.

According to Gurtler, his position to follow the ideas of limited government earned him a lot of heat within the capitol.

He called out fellow Republicans during his speech saying, “The largest tax increase, in Georgia’s history, passed under a Republican regime.”

The budget receives a lot of attention from Gurtler. When he started as an aide, he saw it growing every year. Originally, it was $19B, and now it is $30B. One reason for the ever-expanding budget is the movie industry in Georgia. Hollywood receives massive tax incentives to come to the state. The influx of the film industry into the state also threatens to flip it from Red to Blue, which can be seen in every election cycle. Most notably in the 2018 Governor’s race, where Democrat Stacy Abrams only lost by 1.4 percentage points.

District Eight Representative believes those elected to the General Assembly should stop cow-towing to Hollywood and start looking into how to aid local Georgians. 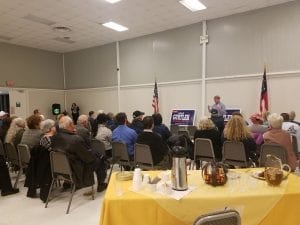 “I do vote no a lot,” explained Gurtler, “That first year was pretty tough, a lot of threats and intimidation, all kinds of tactics from leadership and establishment, used against me to get me to falter and come to their side.”

After the first three months of alleged intimidation, leadership left Gurtler alone, and he gained some respect from his colleagues for not changing his position.

However, his tendency to vote no serves as a point of contention with his 2020 opponent retired judge Stan Gunter. Fetch Your News asked Gurtler to respond to Gunter’s challenge that Gurtler is hard to work with, causing constituents to seek out Senator Steve Gooch for assistance.

“This is the same tactic that was used last time against me. It’s a falsehood,” admonished Gurtler, “If what my opponent says is true, that you’re voting off principle, and district money is being taken away, wouldn’t that prove we have a corrupt government?”

Gunter previously stated he has better connections in the capitol and that Gurtler’s positions have hurt the overall welfare of District Eight.

“Of course, my opponent is the establishment candidate because the establishment is going to behind him. The same people who supported my last opponent will be supporting him…The culture of the capitol, in my experience, is pretty corrupt. People come in with the greatest intentions and through fear and intimidation falter to the establishment,” said Gurtler.

He’s very open about establishment Republicans corrupting the party’s ideals, citing Speaker Ralston’s continuances scandal from the past legislative session as part of the problem. The District Eight Representative is one of ten who signed the resolution stating that the multiple continuances issued by Ralston reflected poorly on the Georgia government and the Republican Party.

Previously, Governor Nathan Deal and Ralston campaigned against Gurtler in 2018 – a move typically unprecedented in Georgia politics. Still, he has faith in his constituents, “The people have spoken twice now, overwhelmingly, winning by 20 points the last two elections, so we’re going to continue doing that, continue to lead by example, and that’s why we’re here.”