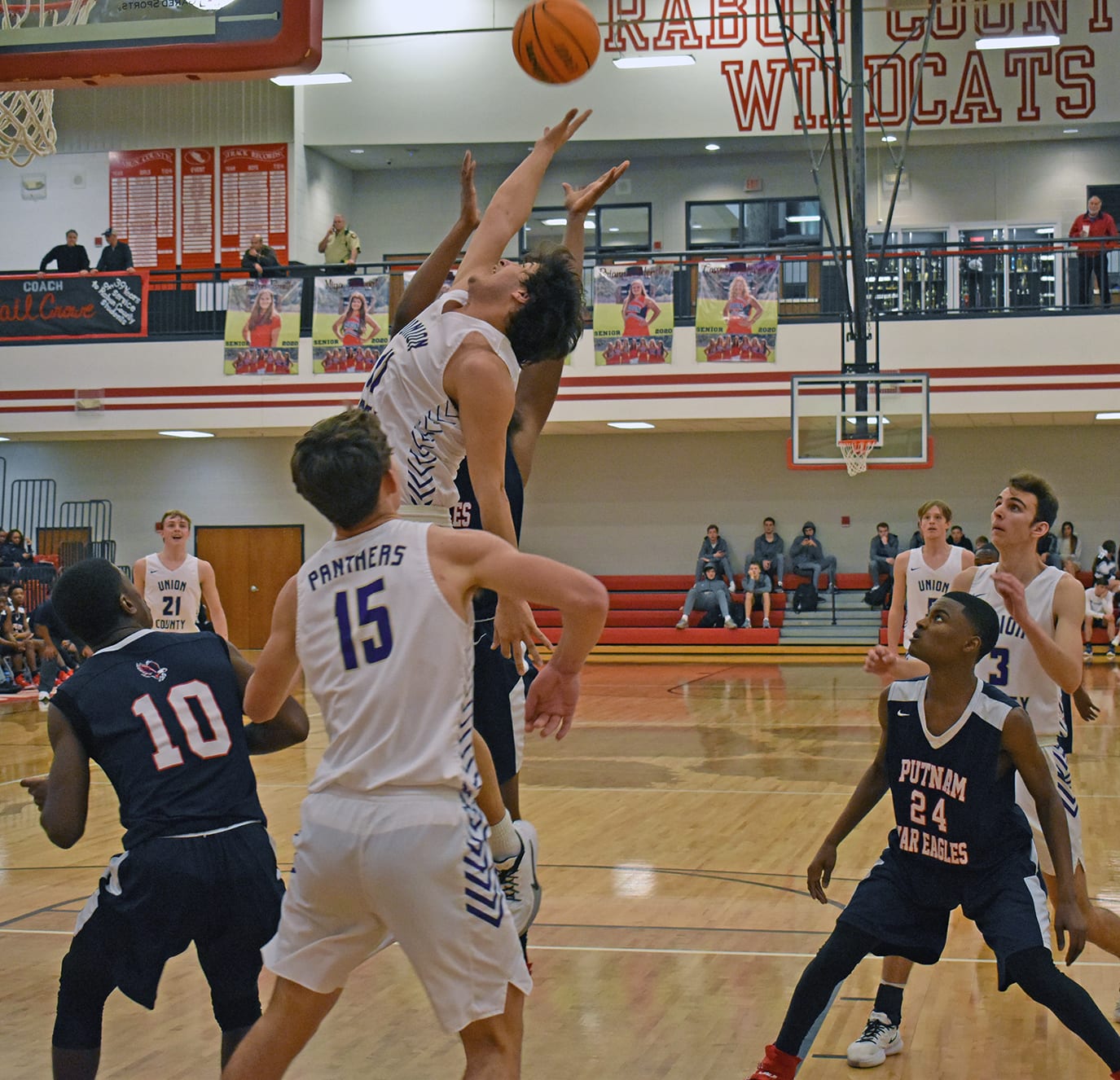 Senior Sawyer Brey goes up for two of his 11 points Monday, Feb. 10.

Union Co. blew the game open in the second, sparked by a dunk from Drake and five made free throw from sophomore Logan Helcher. Drake was fouled on his dunk and made the free throw. The senior hit another shot with 7.2 seconds left in the first half to put Union CO. up 36-27 at the break.

The Panthers got into the bonus early in both halves and ended the night going 27-37 from the free-throw line in the win.

The fourth quarter was much the same as Drake score seven points before exiting the game with a little less than four minutes left.

The day and time of the Panthers first-round matchup with Douglass has yet to be determined, but the game will take place in Atlanta.