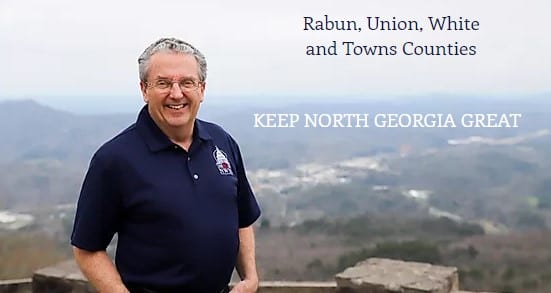 BLAIRSVILLE, Ga – With the Georgia Primary less than a month away, Steve Townsend (R) hopes his message of principled politics, religious freedom, and small business liberties win over voters in Ga-8.

Townsend entered the race in the eleventh hour. He just made the Friday deadline on March 6 because he was only approached about running on Thursday, March 5.

Conceding, he didn’t have a lot of time to think about the prospect of becoming a representative. Townsend started making phone calls and praying about it.

“People kept saying go for it,” said Townsend. “The Lord began to confirm over and over to run this race.”

One of the calls he made was to current District 8 Rep. Matt Gurtler who Townsend considers to be a good friend. Gurtler encouraged him to enter along with several other Rabun Republicans. However, Gurtler hasn’t endorsed Townsend at this point. 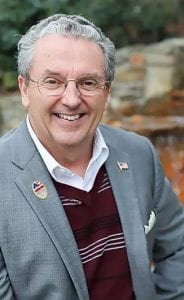 According to Townsend, the rest of District 8 has responded with enthusiasm to his bid even though no one can meet because of the coronavirus shutdowns. Social distancing presents unique problems to all those seeking office in 2020, but Townsend believes people are beginning to resonate with his message.

One could feel the animation in his voice when he spoke about representing the “good old, rugged individuals” found in the North Georgia mountains and his plans for the area.

The biggest issue facing Union, Rabun, Towns, and White is the economy. Townsend commended former Gov. Sonny Perdue and Nathan Deal for incentivizing Georgia for businesses but believes more actions could be taken to make small businesses more lucrative. Namely, eliminate the state income tax to put more money back in Georgian’s pockets. Sales tax would be used in place of the income tax. People would only be taxed on what they spend.

“If people have money in their pocket, they still spend it,” explained Townsend. “People would still put [money] in the economy if we eliminated income tax.”

Townsend believes that Georgians and Americans, in general, are taxed too much and only 40 to 50 cents of every dollar ends up in a person’s personal bank account. He also spoke about providing tax relief to retirees who live on a set income and many of whom live in the mountains. As a country, Americans need to “cut down the appetite of the government,” and tax reform is how Townsend wants to accomplish it.

Also, now that Georgia’s slowly returning to normal, he said now is a good time to find new opportunities for the mountains. Up here, people can spread out and take advantage of all the space safely.

Additionally, during the times of “cancel culture,” when individuals and businesses are bullied for voicing differing opinions, Townsends wants all businesses to have the right to operate according to the owner’s belief systems. Yes, he means if a gay couple requests a cake with sayings on it that contradict the baker’s beliefs, then the baker can refuse to fill their order.

“Good, conservative business owners have the right to stick to their beliefs,” affirmed Townsend. He brought up the Religious Freedom Restoration Act, which grants owners the protection to operate according to their “conscience and deeply held religious beliefs without fear of attack or repercussion.”

Another principle that Townsend doesn’t believe will win him any favor with Georgia House Speaker David Ralston is his support of HB 982 or Hailie’s Amendment. The bill would change the legislative leave clause and eliminate trial continuances for sexual and violent crimes.

As the interview progressed, it became apparent that Townsend doesn’t necessarily approve of everything Ralston does in the General Assembly.

Townsend also suggested that the group of Stan Gunter supporters in Rabun County are also Ralston supporters and that the speaker would like for Gunter to win the race. Gurtler expressed a similar line of reasoning before he decided to run for the U.S. House of Representatives District 9.

However, Gurtler earned the reputation of “Dr. No” because he often wouldn’t compromise with his fellow legislators to move agendas forward.

When pressed if Townsend would continue this tradition of no votes, he conceded that District 8 shouldn’t suffer because of political squabbles.

“I would represent the whole Eighth District not just my own personal agenda,” he said. However, if he felt something was morally wrong or sent Georgia into debt, he would be compelled to vote against it.

Townsend agrees with the job President Trump as done so far even if Trump wasn’t his first choice in the primary. Trump keeps his promises, which you don’t see from politicians expounded Townsend.

As for Townsend’s background, he moved to Clayton, Ga on Jan. 1, 2001, and served as a preacher for 14 years. After resigning he thought he would go to another church, but he ended up at Write Your Congressman, an organization dedicated to informing elected officials on the opinions of their constituents. He and his wife have five children, three daughters and two sons. 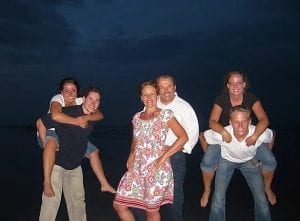 Townsend with family minus the eldest daughter.

The Georgia Primary takes place on Tuesday, June 9. Please find out from your local election office about any special protocols in place due to COVID-19.

Read our interview with the other District 8 Stan Gunter, here.