Mike Gowder was sentenced to one year and one day in federal prison for charges two through 102, and the time will run concurrently. He also received two years of supervised release and will have to pay a special assessment of $10,200, and a fine of $2,000.

James Heaton received 72 months, or six years, for charges two through 76 and 104 through 130, as well as 48 months for charges 77 through 103. The time will run concurrently, so Heaton would only serve a maximum of six years. He also was sentenced to two years of supervised release for charges two through 76 and 104 through 130 and another year for 77 through 103. However, this time will also run concurrently, so the maximum time of supervised release is two years. Heaton will also have to pay a special assessment of $12,900.

David Gowder was sentenced to 18 months of federal confinement, $5,000 fine, and two years of supervised release after pleading guilty to a single count of prescribing medications without medical intentions. He initially pled guilty on March 15, 2019.

Mike Gowder and Heaton were found after a two-week trial by a federal jury in late October 2019. They were convicted on “102 counts related to illegally prescribing and obtaining more than 15,000 doses of prescription pain medications outside the usual course of professional practice and for no legitimate medical purpose.” 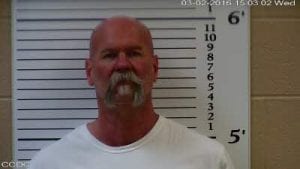 Heaton was also found guilty of an additional 27 counts of “issuing prescriptions to two female patients outside the usual course of professional medical practice and for no legitimate medical purpose.”

Starting in 2012, Mike Gowder obtained oxycodone by fraud, subterfuge, and deception by filling the illegal prescriptions that Dr. Heaton issued for oxycodone at different pharmacies in Georgia, Tennessee, and North Carolina in an effort to conceal the large numbers of pills that Dr. Heaton was prescribing to him.” – from U.S. Depart of Defense Statement

From January 2012 to June 2015, Heaton wrote 95 prescriptions for hydrocodone and oxycodone for Mike Gowder. On some occasions, Heaton would write two prescriptions for Gowder on the same day and Gowder would travel across state lines to fill the scripts. 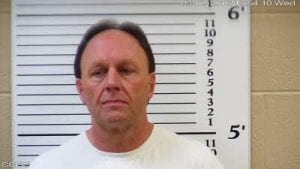 In addition, Dr. James Heaton issued prescriptions hydrocodone, oxycodone, and methadone to two female patients outside the usual course of professional practice and without a legitimate medical purpose.

“When doctors prescribe opioids outside of the applicable rules, they are nothing but drug traffickers with a medical degree,” said U.S. Attorney Byung J. “BJay” Pak.  “Therefore, we will accordingly treat them as such.”

Oxycodone, hydrocodone, and methadone are listed as controlled substances under federal law with high potential for psychological and physical abuse and dependence.

“This is a very substantial victory in the battle against opioid use in our communities.  It goes to show what can be accomplished when the DEA and local law enforcement work together. Drugs know no boundaries including state lines.  I am very grateful for our relationship with Union County and the DEA,” said Derrick Palmer, Sheriff, Cherokee County, North Carolina.

Robert J. Murphy, the Special Agent in Charge of the DEA Atlanta Division stated, “Pharmaceutical products that are distributed for non-medical reasons can be just as deadly as illicit drugs.  The defendants in this case distributed vast quantities of pharmaceutical products and had ill-will and total disregard for human life. This conviction should serve as a reminder to all drug traffickers, including those with medical degrees, that DEA and its law enforcement partners will expend the necessary resources to disrupt and destroy those who distribute poison throughout our communities. This is a perfect example of the success that can be accomplished when federal, state and local resources are combined.” 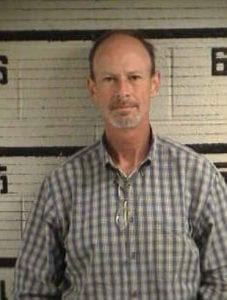 The case was brought as part of Operation Scope (Strategically Combatting Opioids through Prosecution and Enforcement), which combines civil, criminal, and educational with law enforcement to fight the opioid/ heroin epidemic.

To help explain the dangers of drugs to children or learn more about the effects of drugs, visit https://www.justthinktwice.gov/.