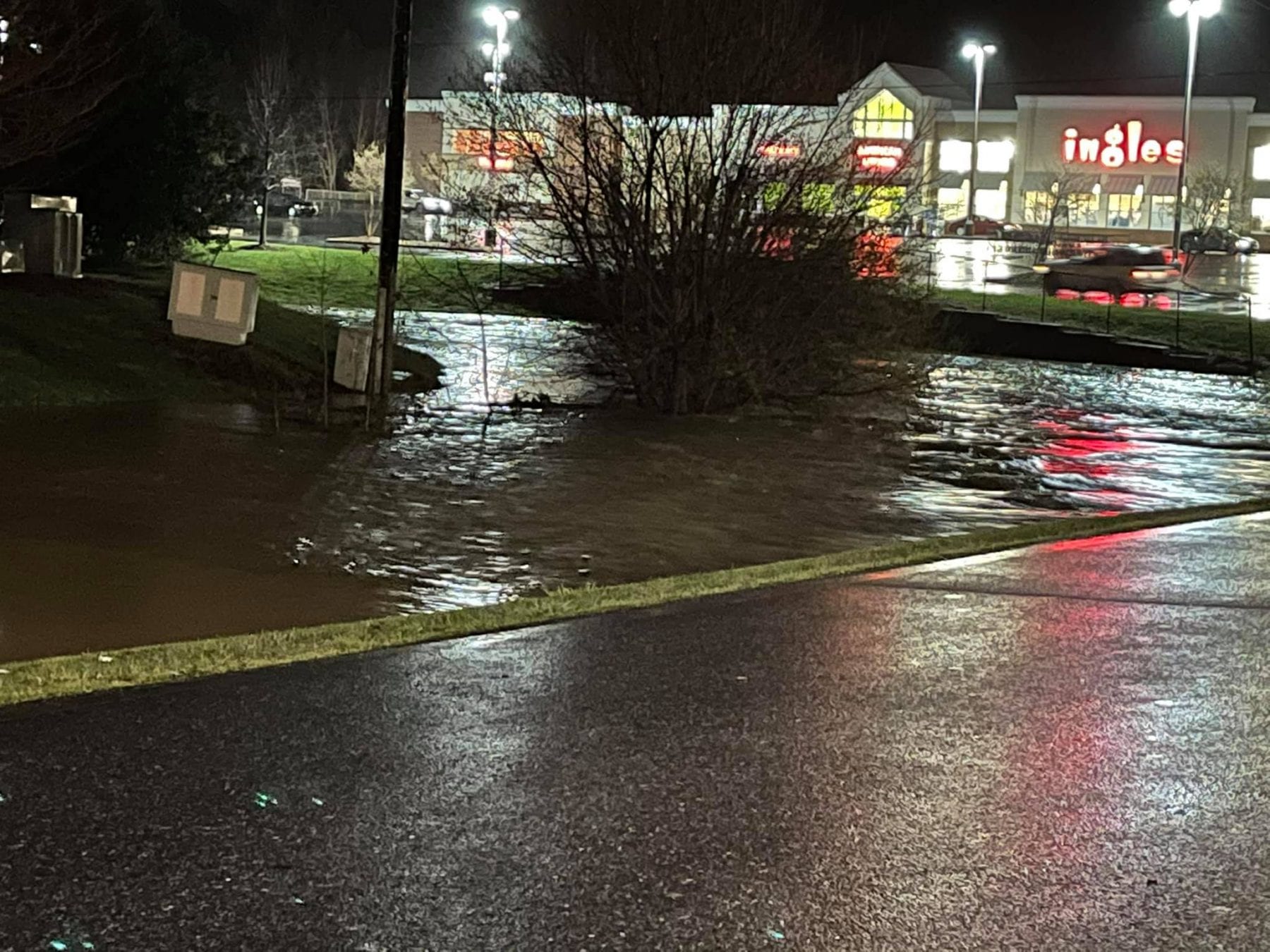 BLAIRSVILLE, Ga – Creeks and rivers were out of banks after yesterday’s storms, and rains are likely to return this weekend.

Rain estimates as high as six inches were reported on Thursday. Friday looks to be a little drier but expect thunderstorms to return on Saturday.

From Union County EMA: “Union County Emergency Management Agency is in the process of collecting information from last night’s storms. If you received property damage, downed trees, culverts, bridges, road, etc.. (not hail damage) and would like to share with us, please send pictures and/or location to [email protected]”

Water did cross the Blue Ridge Hwy. at the Ralph Gillespie shop.

Butternut Creek at Meeks Park was up to the road last night, but this morning the water level had dropped back down. Another creek that rarely floods by Ingles was also almost to up to the road and close to the Brackett Room at UCB. 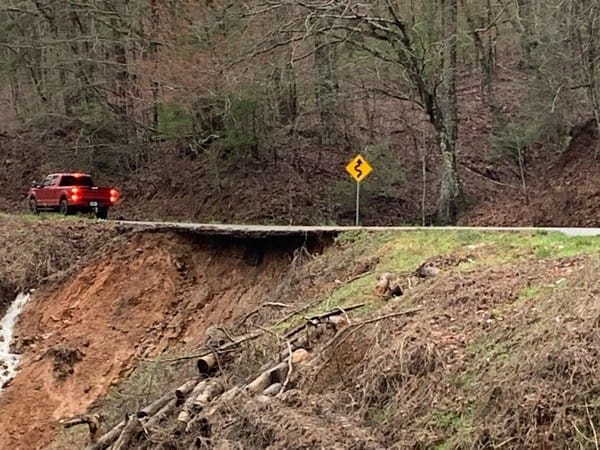 Hwy 180 near the bottom of the mountain in Suches. Photo courtesy of Traci Mele.

On backroads, some culverts became clogged and resulted in water nearly flooding the roads by 10 p.m. Fields flooded as well, but the water level appeared to have receded this morning.

Several gravel roads washed out into the highway. However, the forecasted storms will delay permanent repairs until the ground can dry out a bit.

From the National Weather Service:

“Thunderstorms and heavy rain are likely over portions of north and central Georgia on Saturday and Sunday, with a few strong to severe storms possible each day. Localized flash flooding is also possible across far north Georgia where the heaviest rain occurs.

There is also a chance of thunderstorms across portions of north and central Georgia on Wednesday and Wednesday night.”

Alabama received most of the damage from yesterday’s storm system with multiple tornados that left several people dead. One man died in Newnan, Ga from the tornados as well.