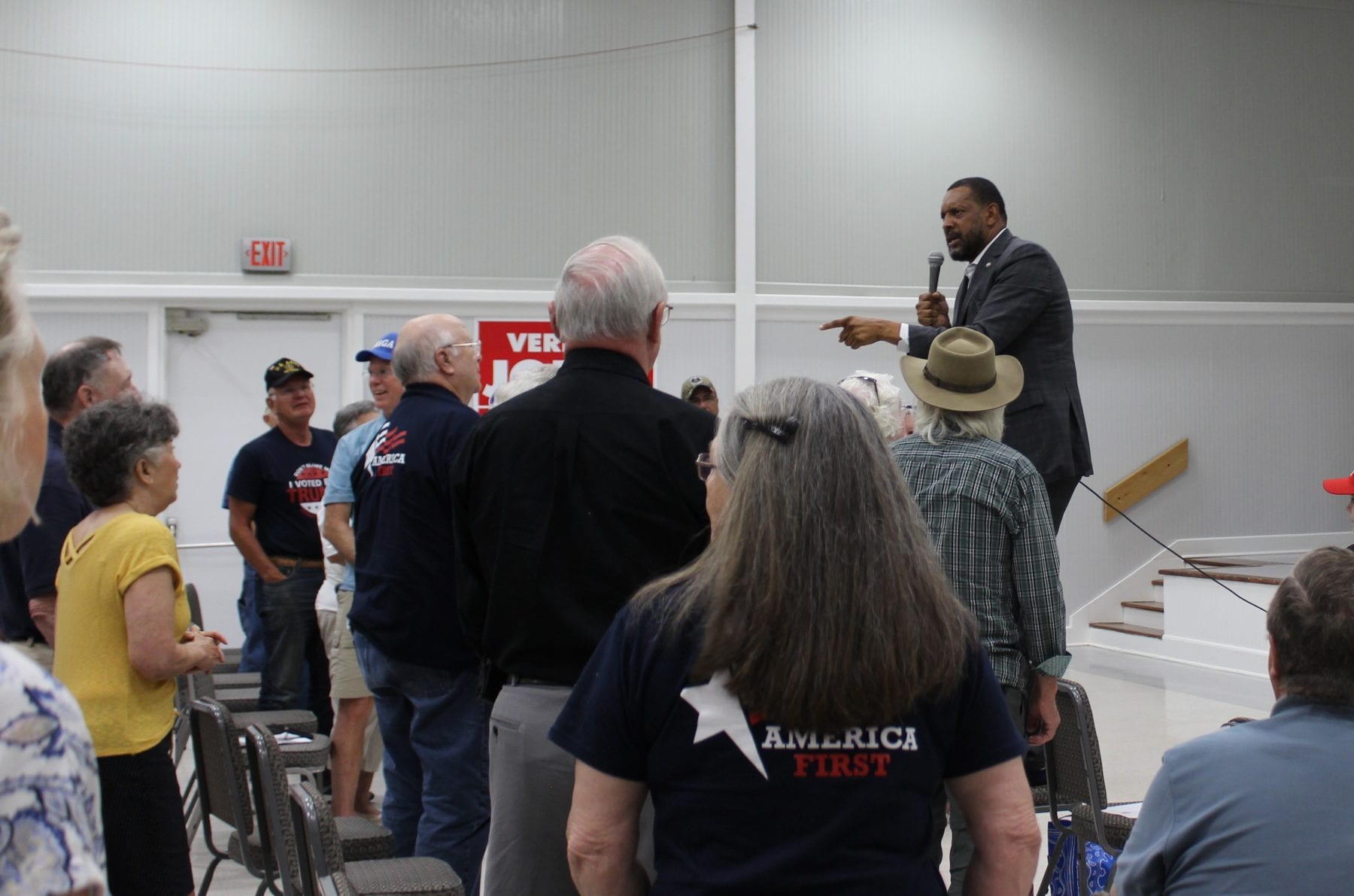 Much of Jones’ rhetoric focused on topics he had addressed before such as his decision to become a Republican, his love of Donald Trump, and life-long commitment to conservative beliefs even as a Democrat.

He joked about moonshine, honored veterans, local elected officials who were in attendance, and attacked Governor Brian Kemp and Stacey Abrams. Jones believes he’s the only candidate in the race who can beat Kemp and Abrams. Republican Kandiss Taylor is also in the governor’s race. 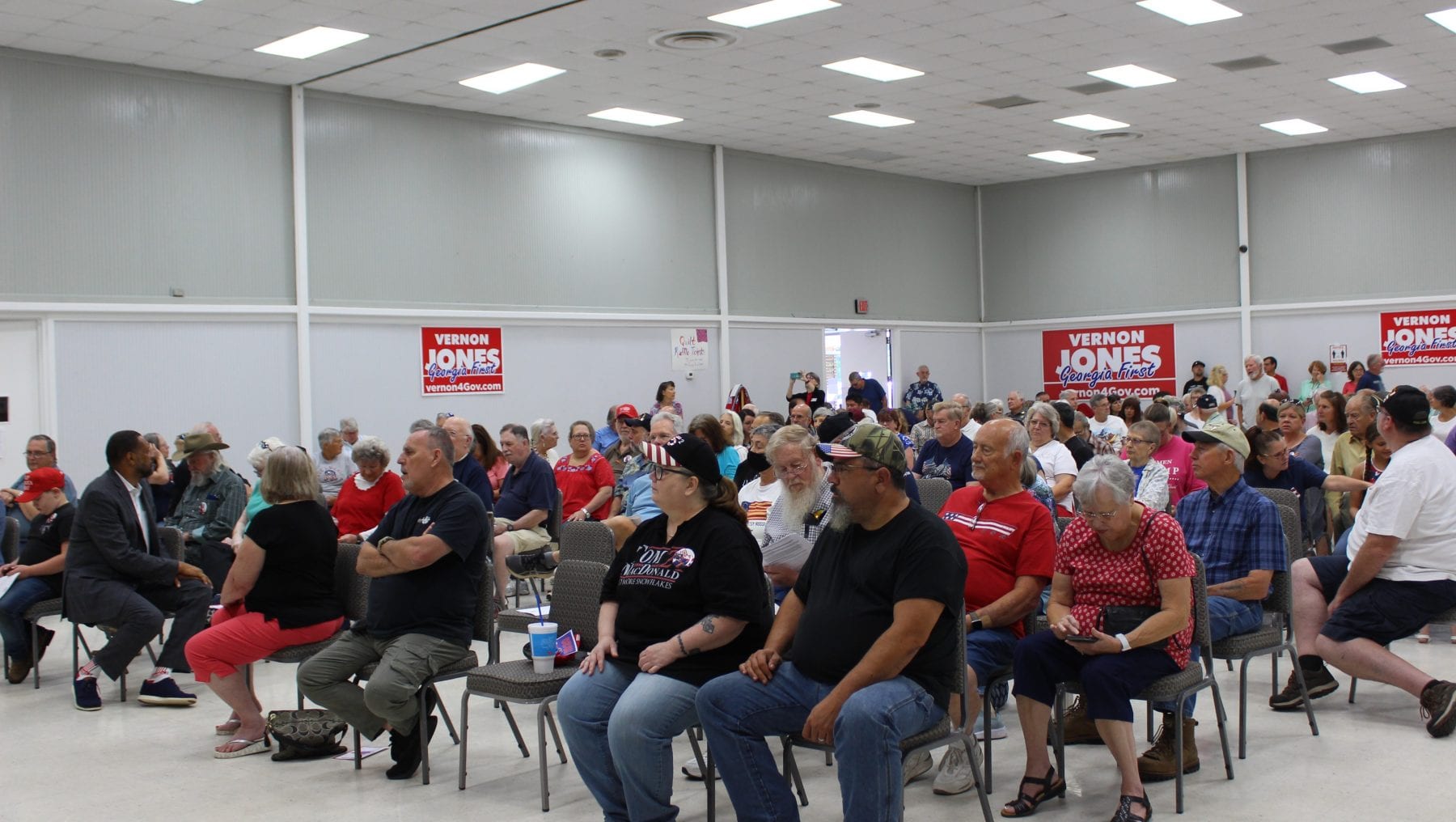 The crowd Saturday at the Civic Center.

Speaking for almost 45 minutes to the north Georgia crowd, they appeared receptive to Jones’ message and were on their feet by the end. Jones climbed on a chair to tower over the crowd, which is where he remained until the end.

Jones took two questions from the audience before leaving for another engagement.

The first woman asked can people trust Jones. He responded by asking for a chance and condemning Kemp for his actions. He promised to govern like Trump and “keep his foot up both parties.”

Jones noted he had more executive experience than Kemp; he served 8 years as chief executive of Dekalb County as a Democrat.

The second question focused on a topic that hits home for many people in the north Georgia mountains, who’ve experienced a drug addiction or have a family member suffering from addiction. North Enotah Drug Coordinator Honaker detailed how politics has gotten in the way of drug court and they live in constant fear for the life of the program.

Accountability Court serves as a form of reform for those arrested on drug-related charges. Jones explained he has a history with drug court and the importance of funding them. He added that his budget would be focused on providing county incentives. The North Enotah Drug Court recidivism rate is 27 percent. Recidivism rate measures “criminal acts that resulted in rearrest, reconviction or return to prison.”

The accountability or drug courts usually cost the state less than incarceration and give individuals the tools to combat their addictions. The programs typically last between 18 and 24 months and include counseling, support groups, and periodic testing. Georgia’s one of the states who utilize these programs the most. 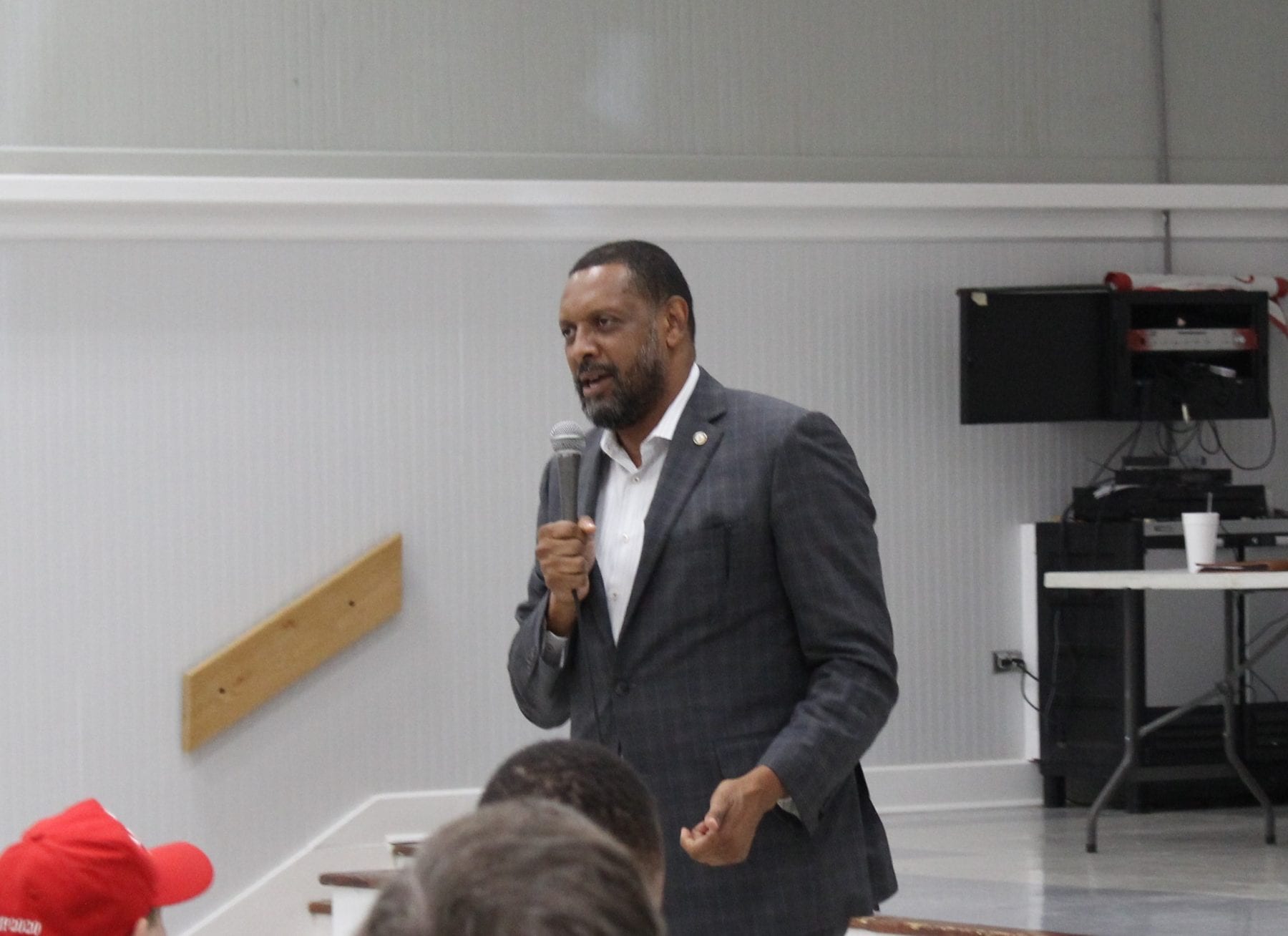 She added that Kemp said something similar to her about his support for drug court, but she remains afraid for the program’s funding. The drug court coordinator proceeded to detail how state probation/parole services have lost their office and she offered them a room in her office, so they would have somewhere to meet their probationers. The probation officers have 120 to 150 people underneath them, but for the most part, they are working from home.

“Our money was taken away for probation, and they don’t have a place to meet their people,” the North Enotah Drug Court Coordinator expressed.

Jones reiterated that he’s worked on a local level and funded local jails and courts.

“I’ve been there. I’ve had to command a police department. I’ve had to go to mothers and wives who lost their husbands or sons due to the line of duty. [Kemp’s] never served on that local level,” Jones stated.

He then pivoted to supporting law enforcement and his background in corporate America as well as how he wants to distribute funds more efficiently.

Not backing down, North Enotah Drug Court Coordinator Honaker finished with she “would appreciate backup from her boss and after her boss got into that position, I would like my ultimate boss to not forget about me.” 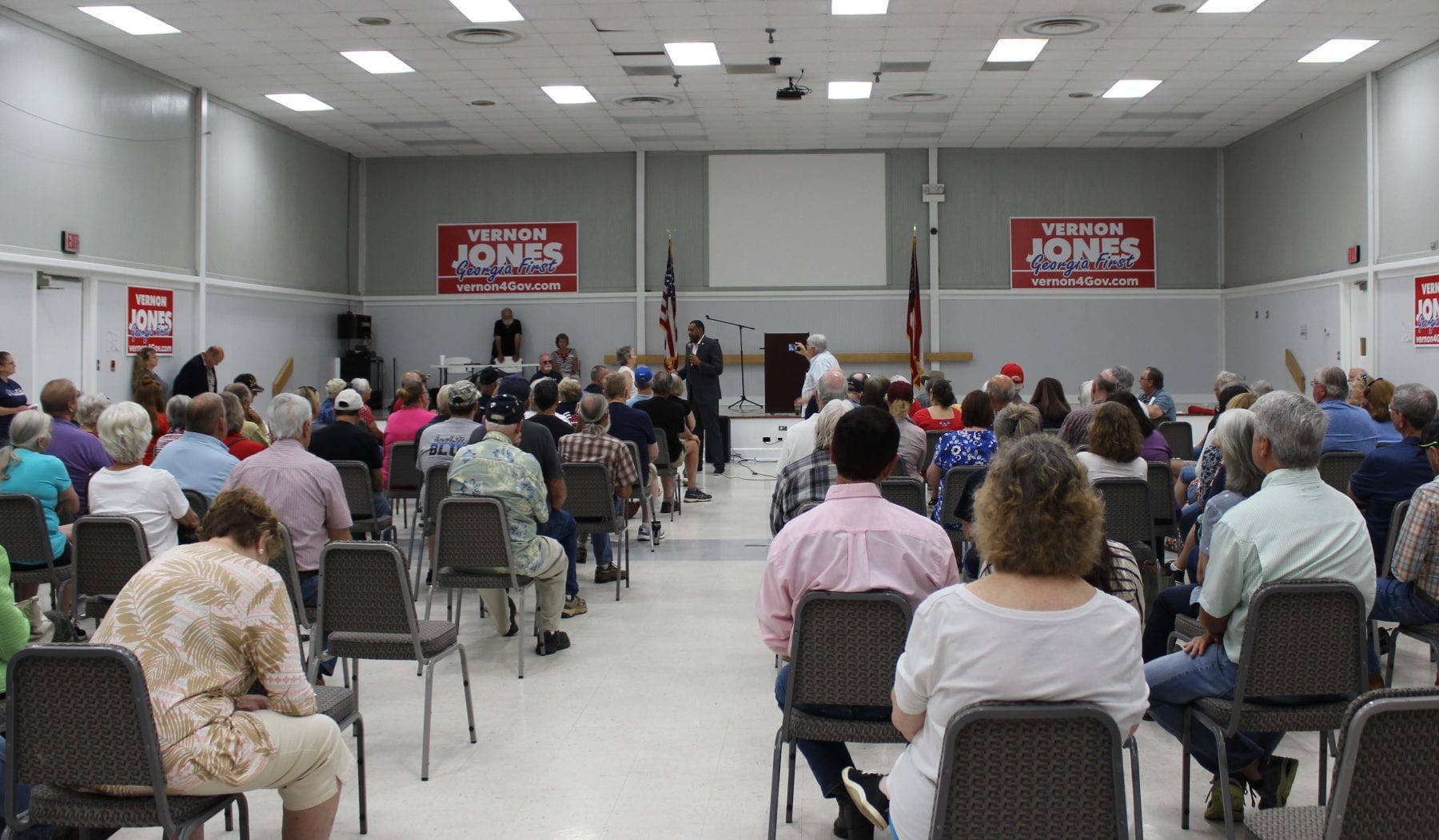 Jones joked that Union County was holding him accountable and closed the meeting.