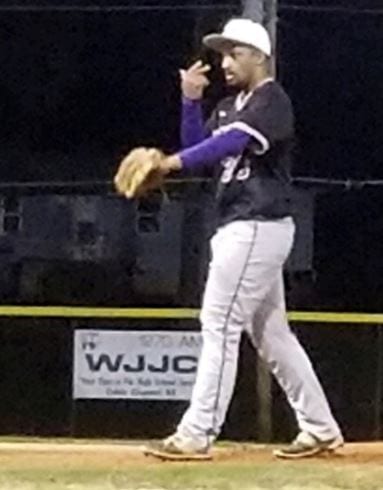 The Panthers faced off against the Commerce Tigers in a double header. This would be the Panthers first test of the season. Commerce is considered one of the better teams in the 1A-Private region.

The first pitch was at 4:05. Baggett was UC’s first baserunner of the season and Dyer was the first base hit of the year.

Ruff was the first to pitch for the Panthers in a game that would dig into the bullpen. Ruff pitched 2 innings. Ruff struck 2 batters out, walked 1, allowed 4 hits, Ruff was allotted for 3 earned runs.

Rich took over in inning 3 as the Panthers trailed 3-0. Rich pitched 2 shut out innings as Baggett tied the game up in top of the 4th with a 3 run 2 our single.

Banton stepped in to finish the inning as the Panthers trailed 3-7 at the end of the 5th.

The Panthers put the comeback in force as they scored 2 runs in the 6th which was started by a Baggettt walk.

Colwell stepped in to pitch the 6th as he allowed 2 runs  Colwell allowed 4 hits with 1 K.

The second game of the double header got underway at 7:20.

Harkins started the second game of the evening as he pitched 2 innings.

Baggett was the first run of the second game as he scored off of a walk, a stolen base, and an error.

The Panthers used a huge second inning to separate from the Tigers as Schafer hit his first home run of his career. The Panthers led 6-2 after the 2nd.

J. Colwell took over in the top of the 3rd as he gathered 4 K’s over the course of 4 innings. Colwell allowed 3 runs and walked 4.

Davis stepped in to close the game as he finished with 2 K’s and 1 BB.

Schafer led the Panthers going 2-2 with a homerun and a INF single. Dyer followed with going 2-3 with 2 RBI’s.

The Panthers improved to 1-1 as they split the series. The Panthers next game will be against Rabun county in a non-region matchup Tues. Feb 20th. The first pitch is scheduled for 4:00.