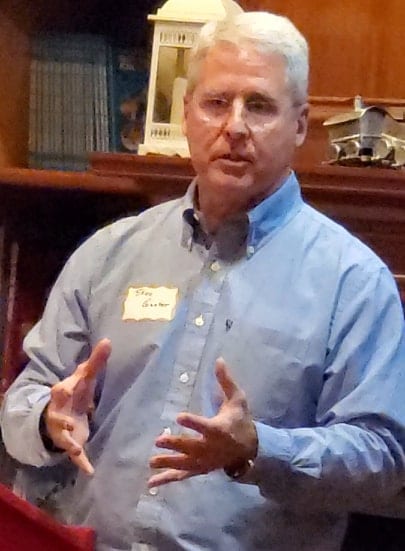 The resolution was met with applause, but the mood quickly shifted when Gunter informed the local GOP that 8th District Representative Matt Gurtler voted against the resolution that very day. “That is a perfect example of why I got into this race,” Gunter said. “This isn’t the first time that a vote like this occurred. You can imagine what he does to his relationships with other Republicans because this bill went down the party line. The Democrats all voted against it, and he joined the Democrats.”

“The vote is obviously against President Trump and our armed forces, and I don’t understand why he would vote against something like that and vote with the Democrats,” Gunter told FYN. “It’s a party-line vote, but he’s voting with the Democrats. I don’t know what that says. I think that creates the problem with other Republicans down in the legislature, and that’s why he can’t get anything done. He’s antagonistic by the way that he votes, and he ruins those relationships.”

House Representative Gurtler indicated Friday morning that he intends to issue a press release on the hot topic.