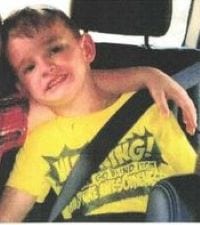 BLAIRSVILLE, Ga – Update: The child has been found safe.

Union County Sheriff’s Office released a missing child notice for seven-year-old, Jace Dodson. They are asking anyone with information to contact the Criminal Investigation Division at 706-439-6066 or 911.

The seven-year-old Jace is approximately four feet tall with brown hair and brown eyes and 75 pounds.

He is potentially with his mother Jessica Louise Dodson, 35,  and a caucasian female, who also has an outstanding arrest warrant. Jessica Dodson “failed to turn Jace Dodson over to his father per a court order.”

The missing boy is considered endangered and his whereabouts are unknown. He could be in Fulton, Fayette, or Lamar Counties. GCIC/NCIC has Jace registered as missing and endangered. 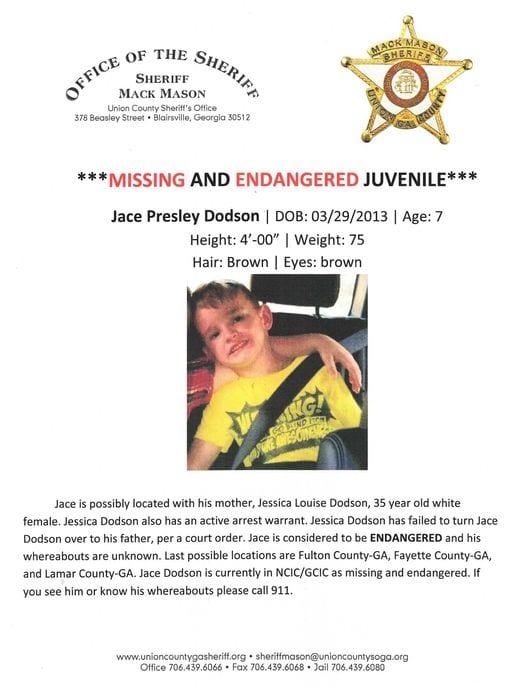