Tuesday, Jan 24th the Union County Panthers hosted the North Hall Trojans in a region 7-AAA matchup. The Lady Panthers tipped off at 6. The Panthers followed at 7:30.

Both teams had shots to improve where they stood in the region. The Lady Panthers came into the game 4-5 in region play sitting at 4th place.

The Lady Panthers scored 6 unanswered points going into the half to tie the game at 25.

Guards Brooke Dockrey and Bailey Daniel both fouled out early in Q4 as the Lady Trojans scored 10 points in the finals 2:00 to put the game away. The lady Panthers fall 57-47 to fall to 13-8 and 4-5 in region play.

The Panthers followed the Lady Panthers.

Saturday, Jan 20th Union County faced off against Andrews NC in a non region matchup. The Lady Panthers were in for a battle early on as they led 16-10 at the end of Q1 led by sophomore center #30 Kait Mccarter as she had 8.

The Lady Panthers finished with a score of 69-35. Mccarter led all scorers with 18 points followed by Hill 15 and B. Dockrey 11.

The Panthers followed the Lady Panthers tipping off @7. UC looked to end the 4 game loosing streak as sophomore Sawyer Drake returned. The Panthers got off to a slow start as they trailed 10-9 at the end of Q1.

As sophomore Sawyer Drake returned to the court after missing 2 weeks to a knee injury, leading UC with 7 points off the bench including a blocked shot late in the 2Q that sparked a 10-0 run to close the half. To lead 22-19. 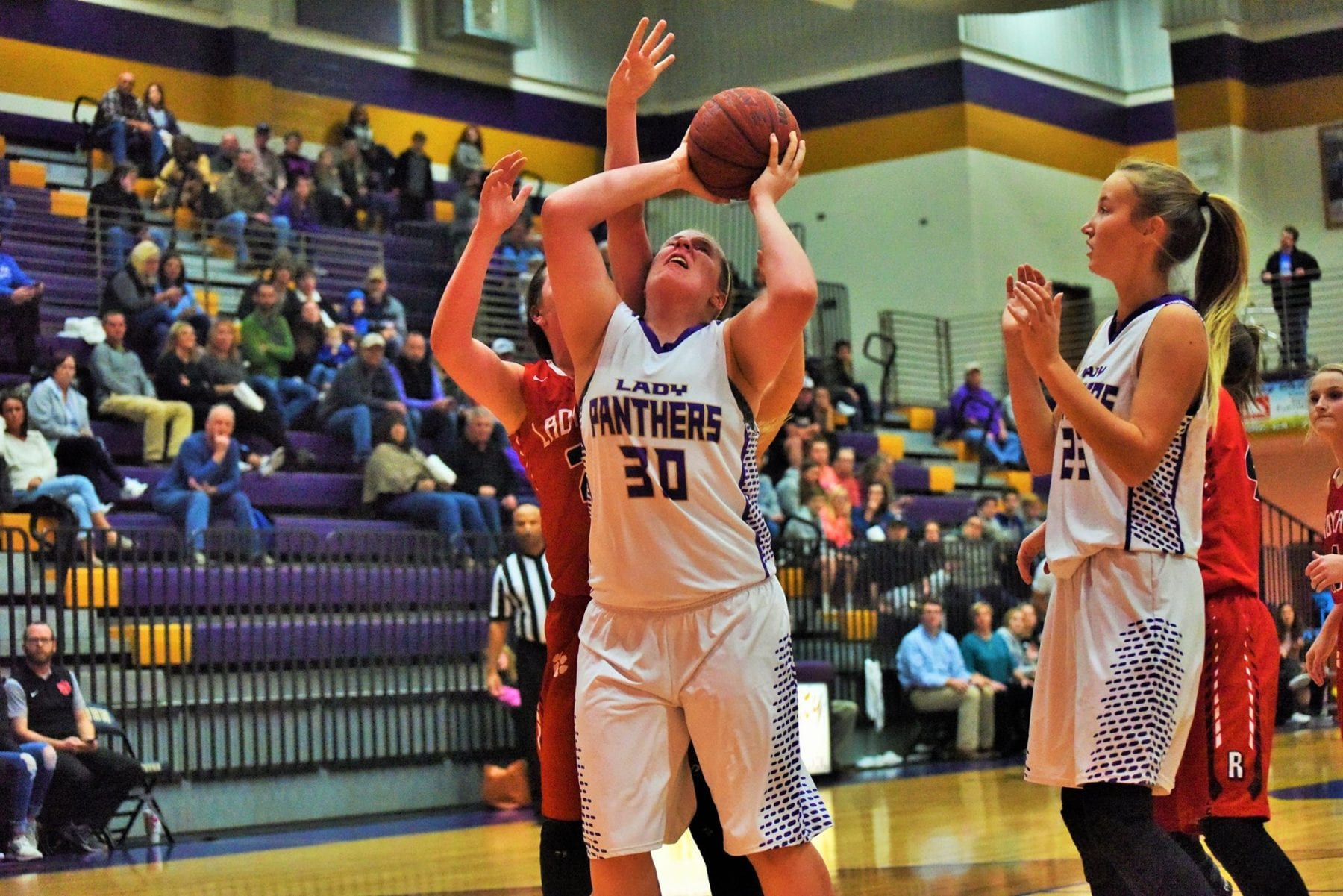 Courtside coverage by Isaiah Garrett, Union County Sports Writer
On Friday, Dec 15, the Union County Panthers took the long road trip from Blairsville to Gainesville to take on the North Hall Trojans.  Unfortunately for the boys, the trip home most likely felt much longer than the ride prior to tip-off.
The Lady Panthers knew they were in for a tough battle, as they were without their star center Kait Mccarter (#30) for this game.  Mccarter left some very large sneakers to fill and her absence proved to be a critical one, not only offensively but also under the bucket on defense.
No strangers to victory, the Lady Trojans recognized Mccarter’s absence immediately and took pressure toward the basket with each possession, while also rushing inside defensively to crash the boards for rebounds.  The Lady Trojans were able to dominate possession of the ball and ultimately ran away with the game early.
At the half, the Lady Panthers were already down 30-19.  Ultimately the Panthers lost 58-36, falling to 4-3 overall and 1-1 in Region 7-AAA, but the absence inside the box was the real loss as Union was out-rebounded 32-14. .  Offensively, skilled sophomore Andelin Hill led the way in the scorebook with 7 points in the game.
For the boys game, the anxious and highly-motivated Panthers varsity started strong and were primed to win their seventh game in a row; their first in region play.  However, a technical foul against senior Crawford Colwell (#24) in the first quarter resulted in an ejection, and completely changed the dynamic of the game.  The Panthers’ bench would have to come together and step up to keep their perfect record alive.
Thanks to some great coaching and a collaborative will to win, the Panthers would prevail.
Union led 32-28 at the half, thanks to great hustle by the team on defense and a solid performance by sophomore Sawyer Drake (#14), who led the way with 11 points in the first half of play.
Sophomores Pierson Allison (#21) and Sawyer Drake (#14) had a combined 40 points to lead the Panthers to a 52-49 victory over the Trojans and improve to 7-0 and 2-0 in the region.
The next game will be Tuesday, Dec 19 as Union County fills the busses once again and hit the road, due south, for a non-region game against the Gilmer County Bobcats (Region 6-AAAA).
Fetch Your News is a hyper local news outlet that attracts more than 300,000 page views and 3.5 million impressions per month in Dawson, Lumpkin, White, Fannin, Gilmer, Pickens, Union, Towns and Murray counties as well as Cherokee County in N.C. FYNTV attracts approximately 15,000 viewers per week and reaches between 15,000 to 60,000 per week on our Facebook page. For the most effective, least expensive local advertising, call 706-276-6397 or email us at advertise@FetchYourNews.com
aaa Basketball Blairsville county Fetchyournews Gainesville GHSA hall high school Lady Panthers Panthers region 7 Sports TeamFYNSports Union 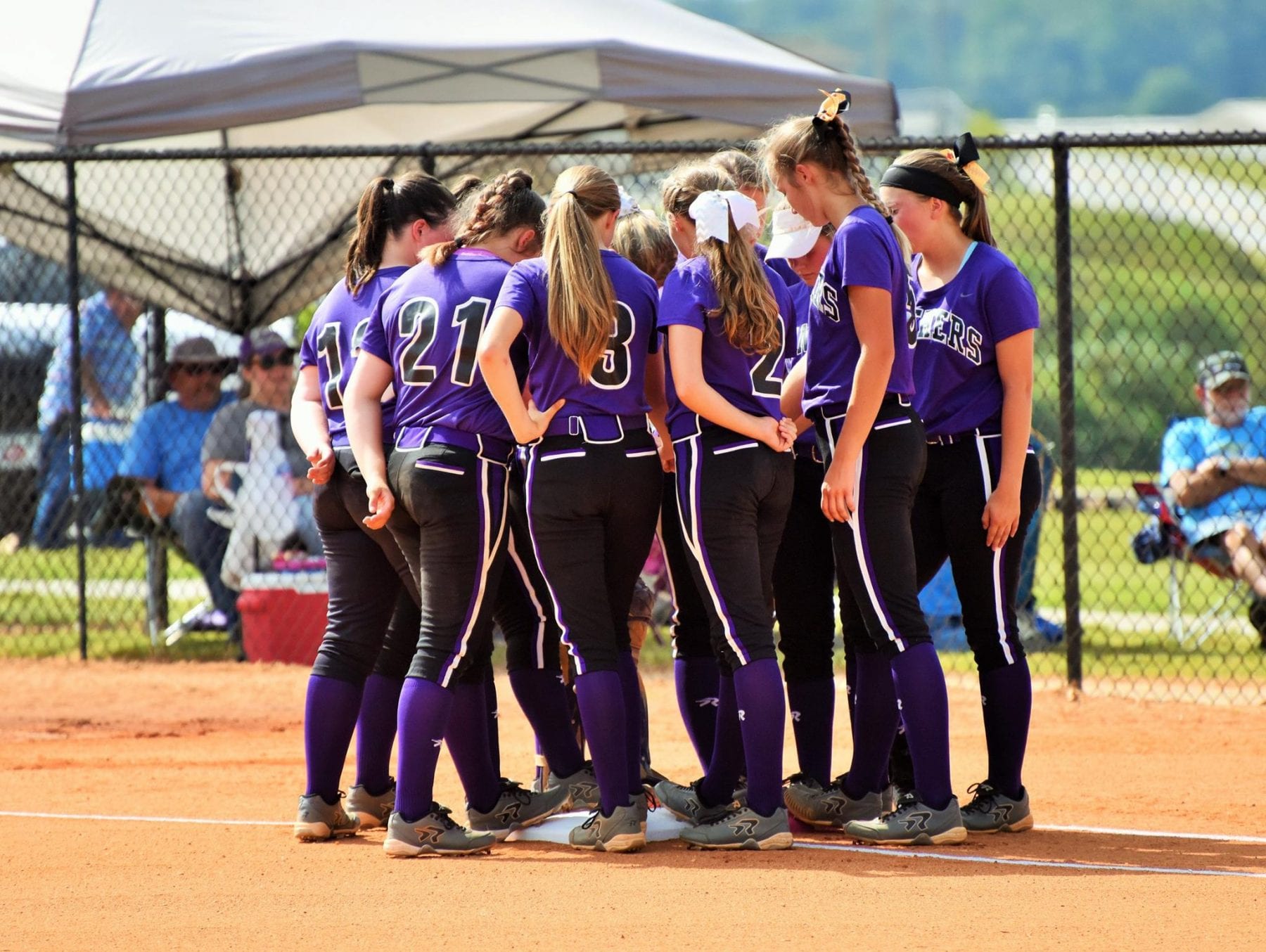 The Lady Panthers JV team really pawed their way past their arch enemy, the Rebels, yesterday afternoon for another victory!  Now halfway through their scheduled season, the Panthers are 5-0 and still undefeated!! 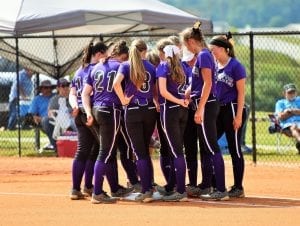 Pitching for the Lady Panthers was #5 Megan Bright.  She threw 5 total innings, 4 of which were 1-2-3 innings against the Rebels.  She had a total of 6 strikeouts, 3 walks & 3 hits due to errors. 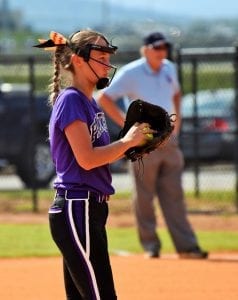 In the bottom of the first inning the Panthers went to work.  With 7 singles, 1 double, and 3 errors made by the Rebels middle infield , the Panthers put up 9 runs on the board!! 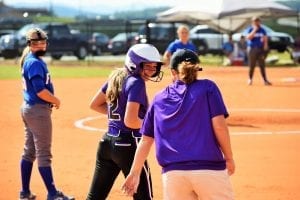 Throughout the course of the game the Rebels were unable to score.

In the bottom of the fourth the Panthers scored 2 more runs off 2 singles making the final score 11-0 Panthers! 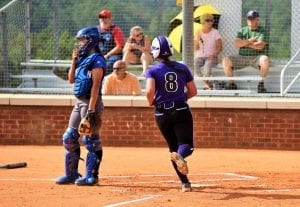 The next JV Lady Panthers game is Home against Lumpkin County Thursday, September 7, 2017 at 4:30 PM!

Come out and support your Lady Panthers! 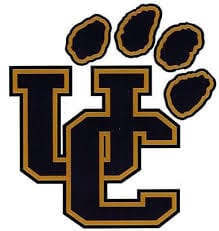 Friday Jan 19th despite no school due to the weather Union county traveled to GAC to face off in a 7-AAA matchup. The Lady Panthers were a little rusty having not played in a week due to game cancellations. The Lady Panthers got off to a slow start against the #1 team in the state.

UC trialed 7-18 at the end of Q1. The Lady Panthers were led by senior Bailey Daniel with 5 points, GAC was led by Sutton with 7. The Lady Panthers trailed at the half 21-34. Daniel led the panthers with 10, Sutton led the Lady Spartans with 15.

The Panthers followed the Lady Panthers tipping off at 6. The Panthers got off to a slow start against the #4 team in the state. UC trailed 29-8 at the end of Q1. Patrick Baggett scored all 8 points for the Panthers in the first quarter.

Pierson Allison led all UC scorers with 12 followed by Baggett with 11. The Panthers fall to 13-5 and 3-4 in region play. The Panthers next game will be home against Andrews NC. 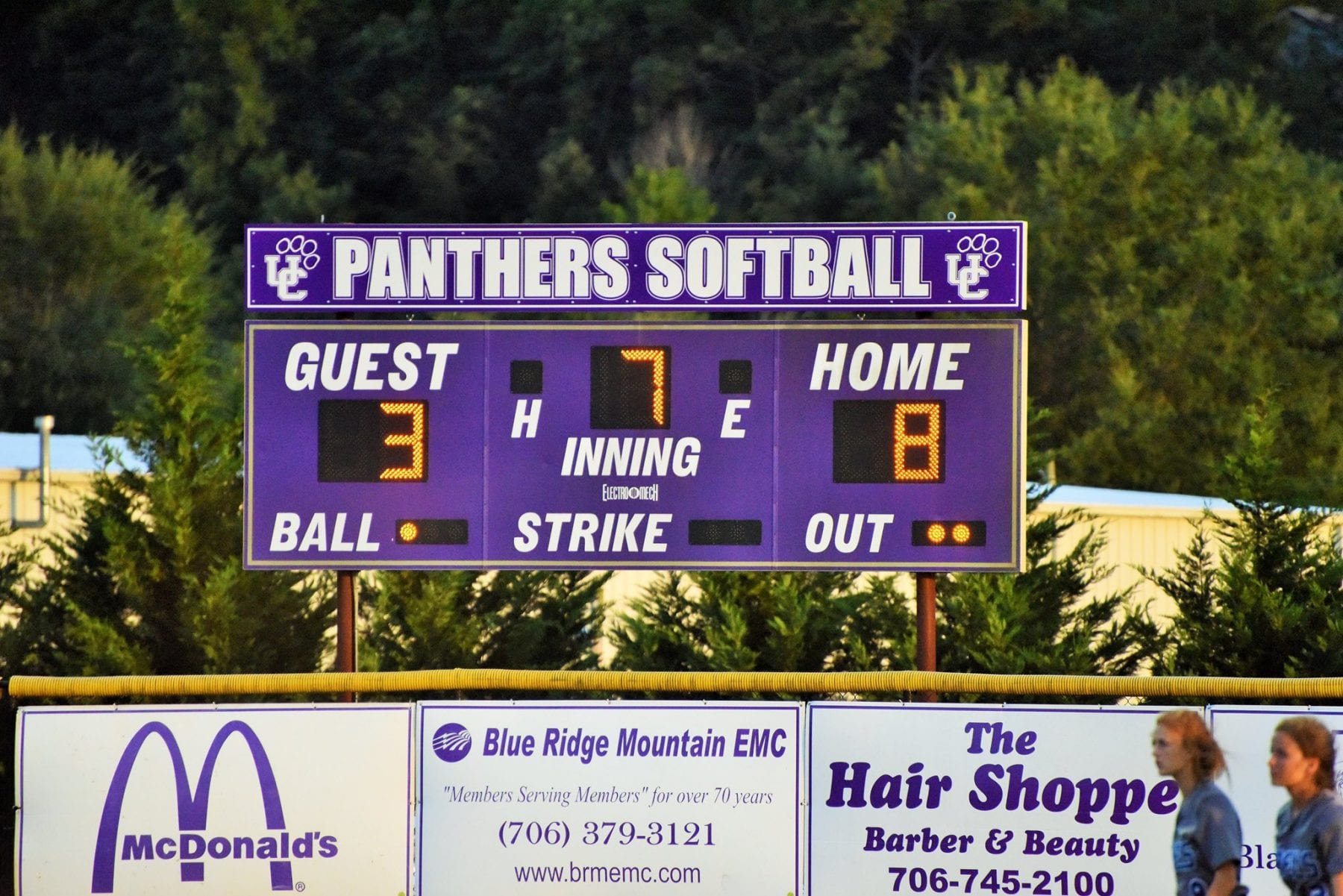 The Lady Panthers Varsity team seems to slowly be breaking out of their beginning season slump.  With a 8-3 win yesterday against the Fannin County Rebels, the Panthers are now in the #4 spot in their 7-AAA Region. 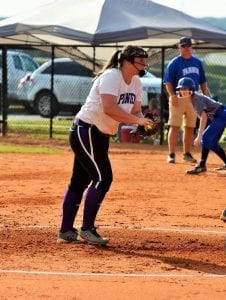 The Rebels were the first to cross the plate.  Their leadoff batter, #8 Galloway, landed a single just over the Panther’s third baseman.  After working her way around the diamond, she scored when their 4-hole hitter #4 Seabolt singled up the middle.  1-0 Rebels.

Ready to take back the lead, the Lady Panthers scored 2 runs off 3 singles in the bottom of the first. Responsible for these SNGs: #8 Katelynn Hodges, #00 Bailey Rayfield & #11 Aladriel Arnold.  According the stats on MaxPreps.com Panthers Hodges is currently ranked #3 on the ‘RBI Stat Leaders’ board for the 7-AAA Region.  B1: 2-1 Panthers.

Lawn shut the Rebels down in the second with a 1-2-3 inning.

Panthers with hot bats put up 1 more run in the bottom second.  #27 Hannah Patton scored off an RBI SNG by #26 Maddie Sutton.  Sutton is also ranked on the ‘RBI Stat Leaders’ board at #5. Other hits in the inning: #2 Miranda Lockaby (SNG) & #8 Katelyn Hodges (SNG). 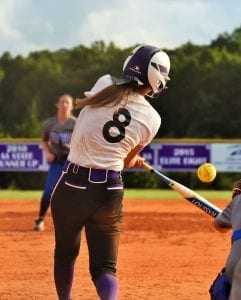 A SNG by #11 Aladriel Arnold put her in position to score and that’s just what she did when #14 Mary Wischmeyer hit an RBI SNG in the bottom of the fourth.  A hard DBL down the third base sideline by #26 Maddie Sutton put herself in a good position when #00 Bailey Rayfield came to the plate.  Rayfield with an RBI SNG to left field allowed Sutton to score, giving the Panthers a 5-2 lead.

Panthers defense with one late throw and an error later increased the score once again.  This would be the last run the Rebels would score for the game.  T5: 5-3 Panthers.

In the home stretch, the Panthers were explosive with consecutive hits!  #00 Rayfield started it off with a hard SNG to left-center.  Next, a hard DBL by #21 Jillian Lawn, an RBI line drive SNG by #11 Arnold, a RBI SNG by #18 Aubree Pack & to end the inning a hard DBL to left-center by #14 Wischmeyer!!! 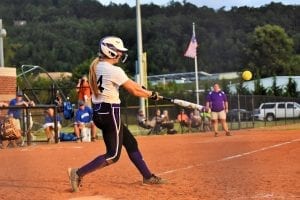 With victory in their hearts, they rushed to the outfield to wait for their end-of-game meeting and were greeted by their teammate Ellie Garrison.  Garrison broke her arm last Thursday during warmups, had surgery Friday morning & was able to get her cast removed yesterday!  Please continue to keep her and her family in your thoughts & prayers as we hope she makes a speedy recovery!  She’s one tough cookie & a sweetheart for attending games to cheer on her teammates.

The next game is scheduled for tomorrow, Thursday, August 31, 2017 @ 5PM against Greater Atlanta Christian at Home.

Come out and support your Lady Panthers! 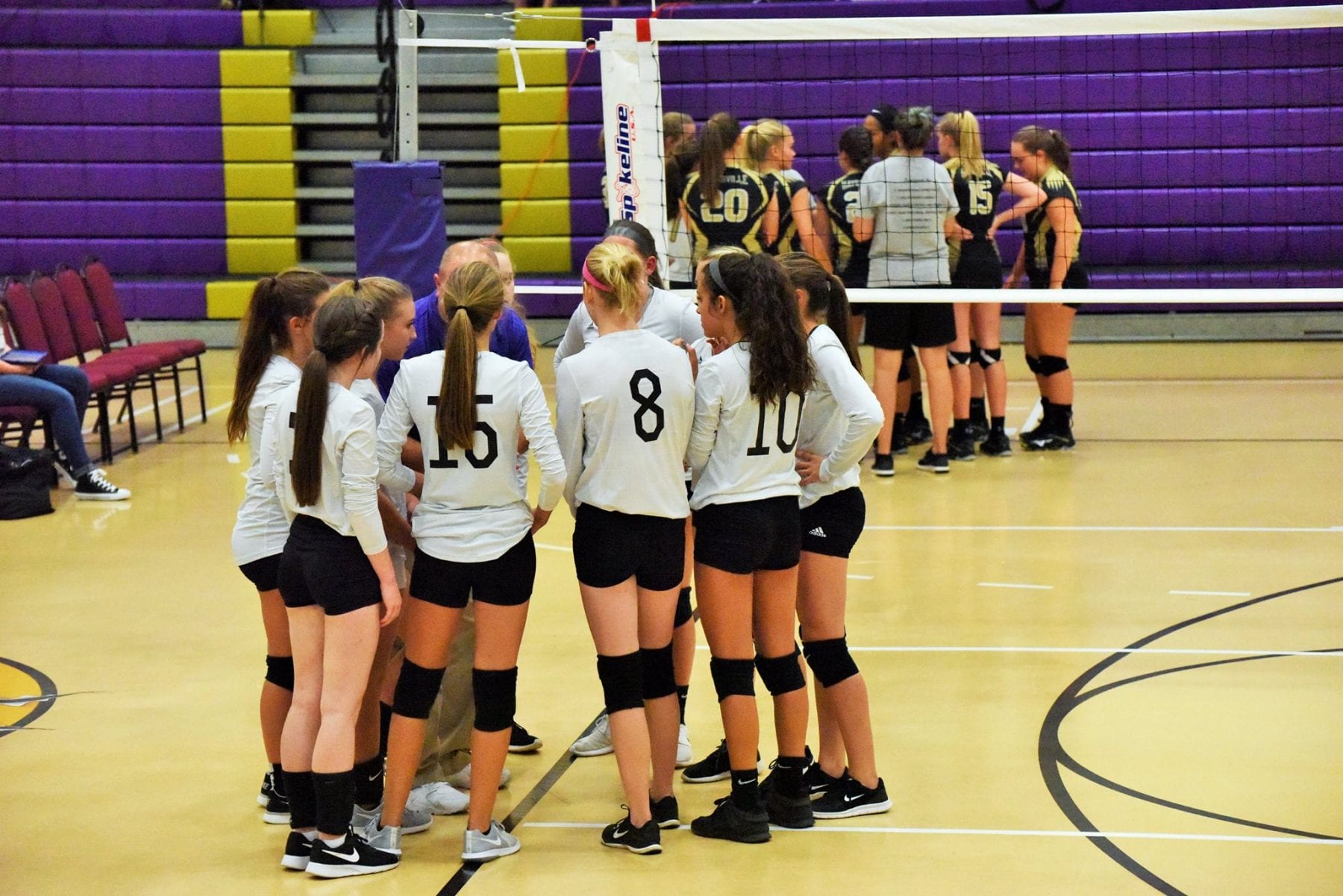 The Lady Panthers hosted the Hayesville Yellow Jackets yesterday evening for their fourth matchup of their inaugural season!  Although the Panthers didn’t bring home a W, they put up a solid effort and have shown continuous progress thus far.  With enough athletes wanting to be apart of this special season, the Panthers have a total of 3 teams: C, JV & Varsity! 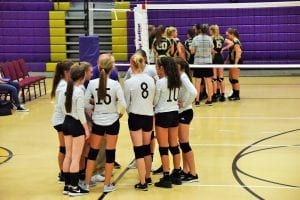 Below is the 2017 Lady Panthers Volleyball Schedule.  Most JV/C Team matches begin at 5 PM.

Come out and support your Lady Panthers!!!