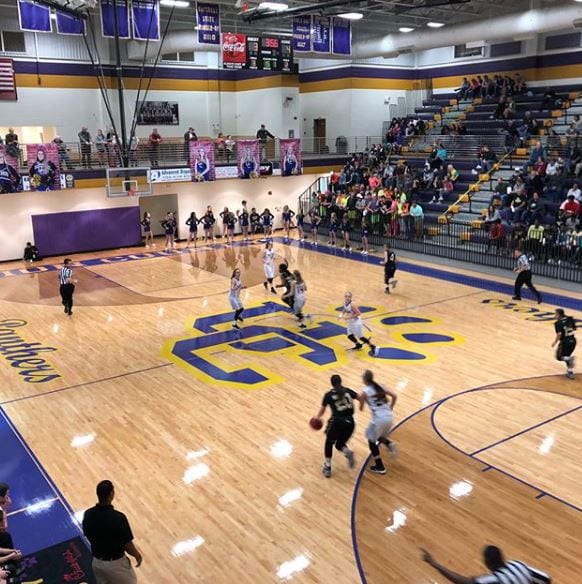 The Panthers tipped off against North Hall @ 4:30 in the region tournament. The Panthers were looking to secure a playoff spot which a win would do. A loss would be the Panthers would not make the playoffs.

Both teams got off to a slow Q1 as the Panthers led 8-7 after Q1. Baggett led UC scorers with 3 in the first quarter.

The first half was one of the lowest scoring half’s UC had seen all season as they trailed 17-13. The Panthers were led by Drake with 4. 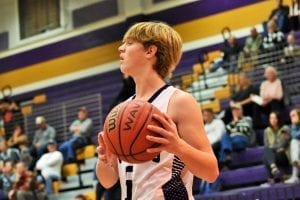 The Panthers grabbed a lead late in Q3 but couldn’t keep it as they trailed 31-30 at the end of the quarter. The Panthers were led by Baggett with 10.

Can. Colwell fouled out with a little over 4:00 left to play in Q4. The Panthers fell to the Trojans 50-42. UC was led by Baggett and Drake whom both had 15.

The Panthers fall to 16-9. The Panthers season is now over. This is only the second team in school history to ever start 10-0. Both teams that started 10-0 lost to Murphy in the 11th game and neither made the playoffs.

Sophomores Drake and Allison were both selected to the 7-AAA all region team which is voted on by the coaches. Cra. Colwell and Baggett were honorable mentions.

Drake led the Panthers with 13.0 points per game followed by Allison with 12.1. Drake did this despite missing 4 games with a knee injury.

Craw. Colwell and Drake both averaged 6 rebounds a game. Followed by Allison with 4.5.

Can. Colwell led the Panthers with assists per game averaging 2.8, followed by Allison with 2.4.

Drake also led the Panthers in steals per game with 2.9 followed by Allison with 2.4

Drake averaged 1.0 block per game followed by Waller with .5.