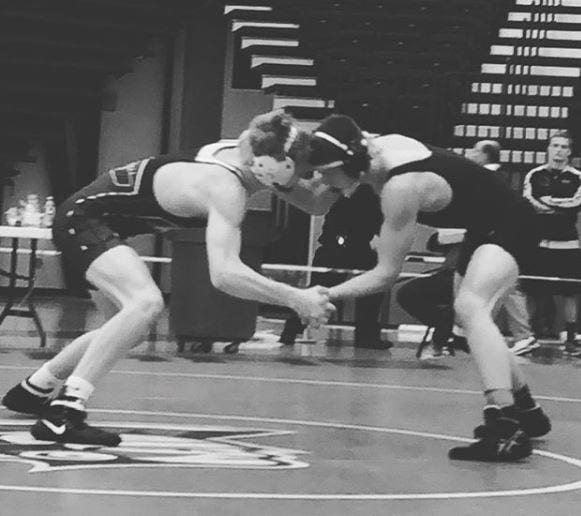 Isaac Tritt made history last week.  With his 4th-place finish at the AAA Sectional wrestling tournament last weekend, Tritt became first person in Union County history to ever advance beyond Area competition.  He now has an opportunity to be the first Union County High School student to place at the state tournament.

Tritt started playing soccer when he was only four years old.  In the 7th grade, he began wrestling.  By his freshman year, he decided to dedicate 100% of his attention to the mat; and as a junior, his commitment is paying off.

Tritt wrestled in the 138-lb class his freshman year, before moving up to the 145-lb class last year.  The 7-lb weight gain has given him more strength in the clinch without sacrificing speed in scrambles or shots from outside.

TeamFYNSports asked Tritt how he’s handling the reality that he’s making history, and he said, “It feels great knowing I was able to pave the road to state. The hard work was definitely worth it.”

Tritt said the sport of wrestling has taught him more than just how to throw or pin someone – it’s built character.

“When life gets hard you just have to keep pushing forward, this is something the coaches have instilled in this program,”  Tritt told TeamFYNSports in a recent interview.

He said that he’s looking to push the pace of each match at the state tournament, and he is looking to dominate his opponents.  Recognizing that the Panthers wrestle in one of the toughest regions/areas in the state of Georgia, Tritt may see some familiar faces as he advances through the tournament this weekend.

TeamFYNSports would like to congratulate the Union County wrestling program and we wish Isaac Tritt all the best this weekend.