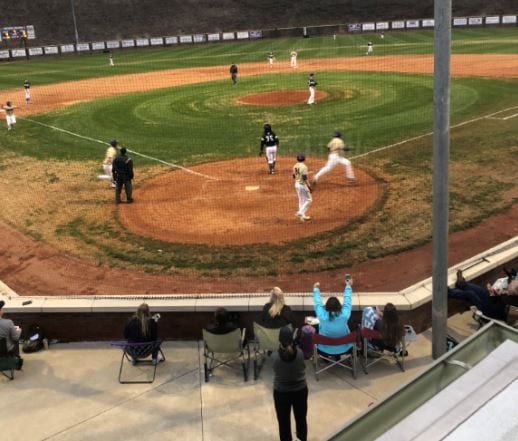 The Panthers faced off against the Gilmer County Bobcats in a non-conference matchup. The Panthers entered the contest with a 1-1 record.

Davis took the mound for the Panthers for the second time this season. Davis pitched well as he allowed one earned run during 4 innings of work.

Davis got info some trouble to start the game allowing a hit and a walk as the Bobcats pounced onto an early lead 1-0. 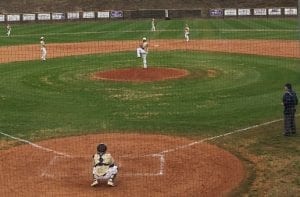 Banton stepped in to relive Davis after 4 innings of work. Davis finished with 1 K and 2 BB’s over the course of 4 innings. Davis allowed one earned run.

Can Colwell helped the Panthers grab a lead in the bottom of the 4th with a 2-out, 2-run, single.

The Panthers got into some trouble early in the 6th inning after an error at 3rd base let the Bobcats gain some momentum as they went on to score 3 runs. The Panthers trailed 4-2.

After allowing 3 runs, 2 of which were earned, Banton returned to pitch in the 7th. Banton struck out a batter to start the 7th and finished with 2 groundouts.

Trialing by 2 the Panthers looked to regain the lead and a win. Allison and Ruff walked. Banton got on base with a single. Junior Kelley hit a 2-out, bases clearing, double in walkoff fashion to win the game.

The Panthers improve to 2-1. The Panthers will host the Rabun County Wildcats Monday, Feb. 26th in a non-conference matchup.