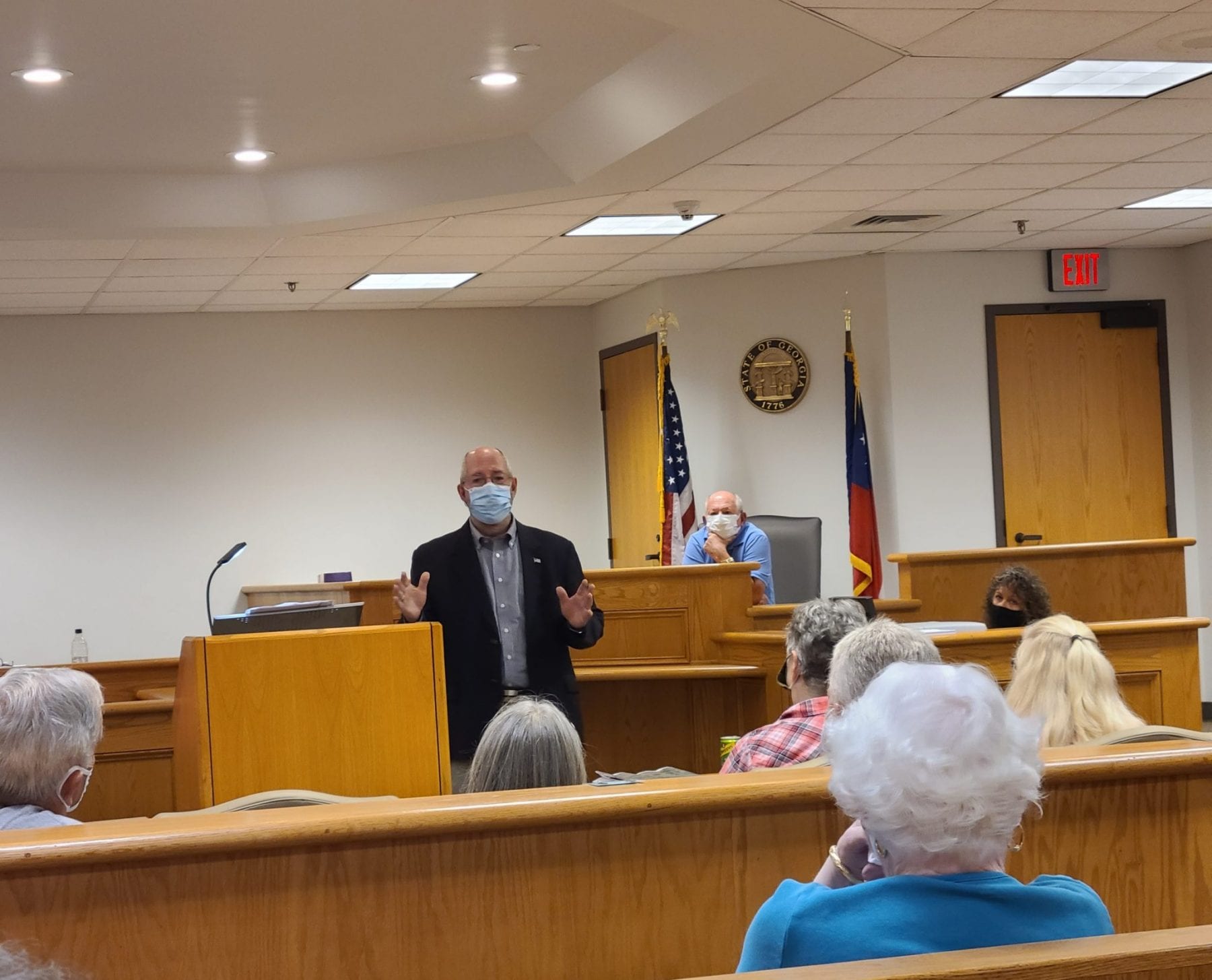 BLAIRSVILLE, Ga – The raucous crowds at the three property tax budget hearings wanted more information on the two recent purchases for the Hill Property for a little less than $750,000 and the Old Shoe Factory for $800,000.

According to Sole Commissioner Lamar Paris, neither of these purchases affected the decision to raise property taxes in 2020. However, attendees still needed to know why make these decisions back to back.

The Old Shoe Factory was purchased using SPLOST funds, which can’t go toward operating expenses or certain maintenance costs. SPLOST goes toward capital outlay projects, such as parks, roads, schools, and public facilities. It also doesn’t affect the 2021 budget in any way, and the property is financed for six months, with half down at the time of purchase. They couldn’t finance the Hill Property. 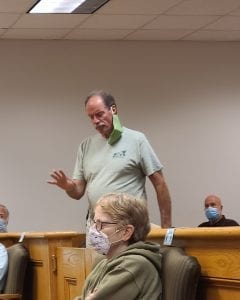 Some citizens asked for greater transparency and tried to find a solution.

“No way I would have contracted for [those two pieces of property] if I felt like I had a choice,” stated Sole Commissioner Lamar Paris.

According to Paris, the Old Shoe Factory owners were dissolving the property and putting it on the market. Sheriff Mack Mason told Paris it would be the perfect place for a jail at a valuable price. However, they don’t anticipate building a jail for another five to eight years. In the past, Union County has paid around $300,000 to other facilities to house local prisoners. After talking with judges and district attorneys, they found a way to drop costs to approximately $80,000.

The current Union County jail can hold 54 inmates, but it typically houses 70 to 80, plus those that stay in other facilities. With COVID-19, the jail population is down due to executive orders to keep jail populations low.

“One of the hardest things in the world is to find where you can put a jail,” the commissioner added. “I’m hoping it will be way down the road. With the sheriff’s insistence, we felt like we’re saving the county money in the long run.”

No one wants a jail near their homes, but the Old Shoe Property is close to the existing jail and fire department with room for expansion.

Another gentleman, who works for local law enforcement, agreed with the Old Shoe purchases because the current jail is out of space. Training is impossible at the existing facility. They must go somewhere else to train deputies.

Also, a new facility has the potential to bring in revenue. built to federal specifications, Union could house federal prisoners and earn money from the federal government. 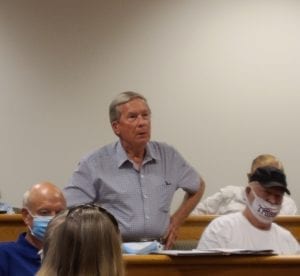 Others expressed their displeasure with Commissioner Paris, the tax increase, and the new county properties.

As for the Hill Property, the county previously budgeted for it and paid $150,000 beneath the appraised value. Union General Hospital owns the surrounding 500-plus acres, and a few people asked why didn’t the hospital purchase it?
According to Paris, the UGH couldn’t make that purchase due to COVID-19. The pandemic resulted in a financially strapped hospital that had to lay off people in the spring. In the future, the hospital could purchase the Hill Property from the county or vice versa. It provides options to both entities for either a retirement community, a new nursing home, or something else.

The commissioner expressed many in Union County express a desire for a retirement community.

“It’s one of the few things we don’t have in this county that we sorely need,” Paris added. “We feel this development is a very good possibility for the future in the next three to five years. We take a large tract of property currently exempt from property tax rolls now and have it developed and sold to the retirement village with individual homeowners and property taxpayers.”

Pat Shafer, one of those who wanted a retirement village, spoke at the third public hearing. “We have places for lower-income people, but I make too much in my retirement…There’s no place for us to go. I’m by myself now. What do I do? Do I go ten miles out of town?” 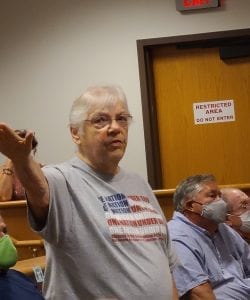 Pat Shafer would like to move to a retirement community, but Union County currently doesn’t have one.

Another attendee pondered if the promise of a retirement community in the near future was misleading because of the Hill Property’s life trust. The project might not start for five years unless something changes.

In each hearing, crowds echoed that the purchases and tax increase were “too much at once” and “looked bad.”

However, many also agreed that Paris had done a great job managing the county. They liked the dog park, new pavilion at Meeks Park, Pickleball court, and double gym. Attendees were in favor of the advancements made in Union.

They also asked for transparency in budgetary decisions, such as purchasing a property. However, county governments often conduct these discussions in executive sessions to prevent others from buying it and driving up the price.

“I’ll make sure that my staff and I really work on [how we could possibly do that],” Paris said regarding property purchase transparency.

He also discussed the possibility of a county budget community that would work with the finance staff.

“All I can do is look at what we have done in the past and know that we use the same process now as we’ve always used. [We] listen to as many people, not going out to the public because [it’s a property purchase,]” explained Paris.

The county does talk to real estate agents and certain community members to help it decide on property purchases. Paris added people could be added to a list if they wanted to be involved in the purchasing decision process.

“We’re going to watch every penny this year, tighter than we’ve always watched it, and we’re going to try and see if there are ways to cut this next year. We just couldn’t take a chance of our fund balance going so low and impacting our credit,” Paris ended.