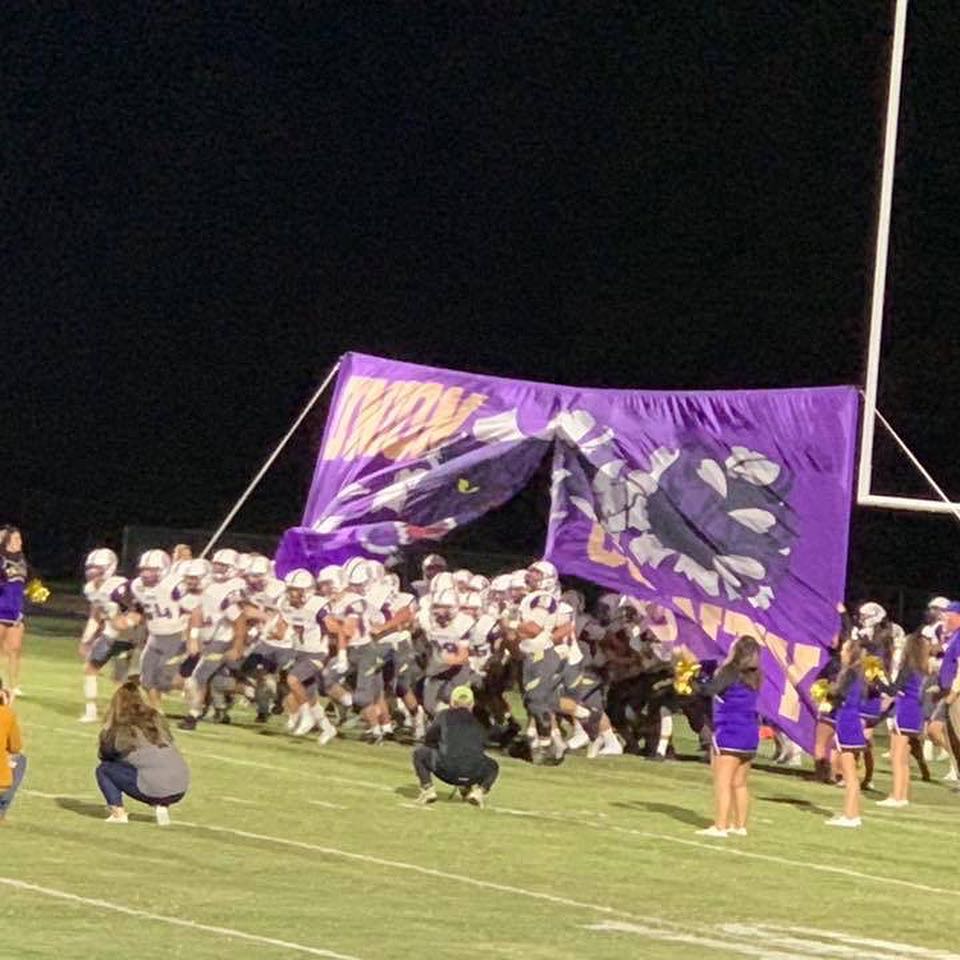 The Union County Panthers made history Friday night. Football has been around Union County for 60 plus years and no team has ever won more then 9 games in a row. However, Friday night this would change. 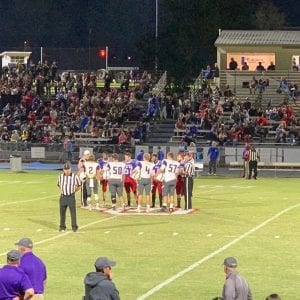 Union County would travel to Lexington, Georgia Friday to take on the Ogelthorpe County Patriots. The Panthers came out with their foot on the pedal and did not let up all night. The Patriots would receive the ball, but the Panthers defense would force them to a 3-and-out. The high powered scoring Union County offense would take the field to get things rolling. They would march down the field and finish the drive off with a two yard touchdown run by Chad Buzzard. Union’s next offensive drive would be the exact same to put the Panthers ahead 14-0 after the 1st quarter. The second quarter the Patriots still could not get much going, but Union would pull away. A 21 yard touchdown run by Jonah Daniel, a 15 yard receiving touchdown, and a 8 yard rushing touchdown by Chayton Schafer would stretch the Panthers lead to 35-0 at the half. 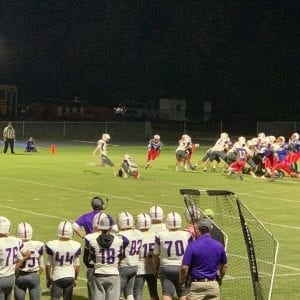 The Panthers would start the second half just like they are started two other halfs this season. Kannon Hemphil would take the opening kickoff 60 yards to the house to bring the score to 42-0. Union would start making substitutions to get starters out and let young guys get some experience. Jonah Daniel would score another rushing touchdown in the fourth and Peyton Ivester would put one in the box also. The young guys on a defense would hold the Patriots to 0 points to give the Panthers their 2nd shut out of the season. History was made Friday Night by the Panthers after their 56-0 win. The Panthers have won 10 games straight breaking the previous school record of 9 straight. Congrats to Brian Alison and his Panthers. 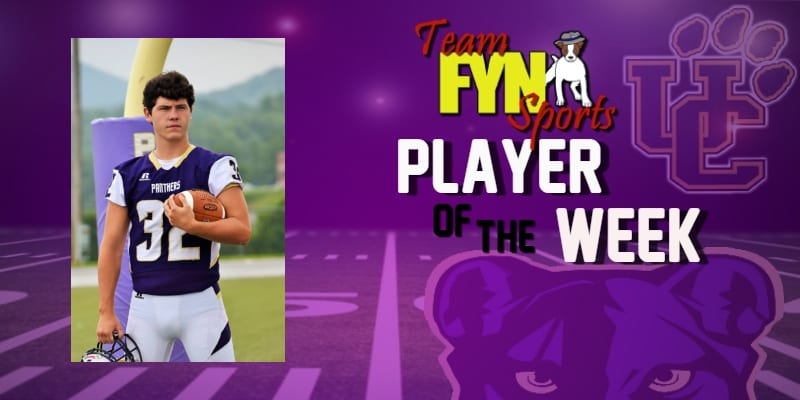 The Panthers defensive has been impressive all season and that has a lot to do with Middle Linebacker, Jackson Colwell. Colwell has put up impressive stats and Friday was no different. Jackson had 13 tackles, 3 assists, and 3 tackles for loss against the Patriots. Congrats to Jackson and the Panthers on a great season so far! 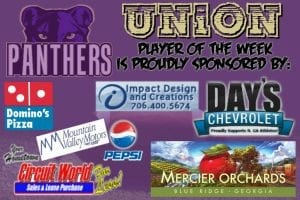 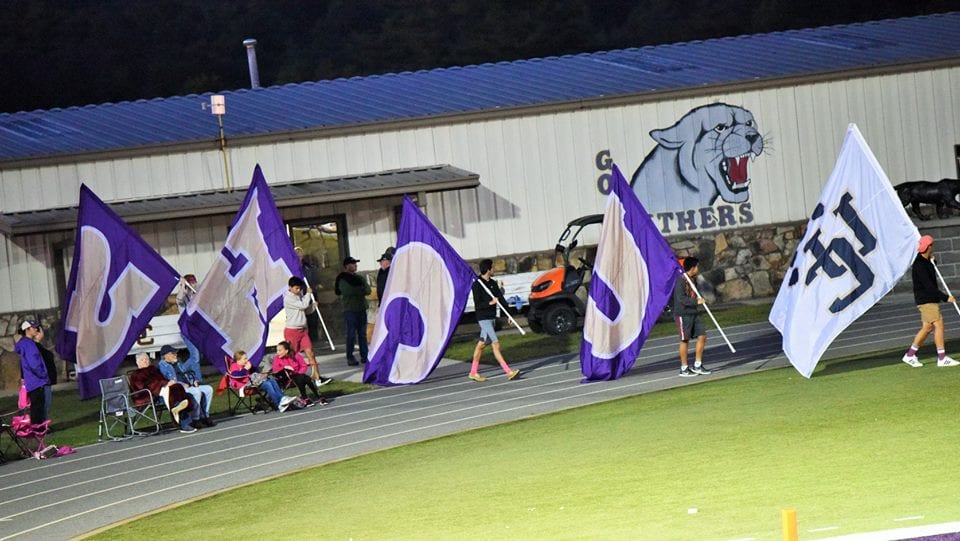 After a much needed bye week for the Panthers, it would not take them long to get things rolling again. The Banks County Leopards would travel to the mountains of Blairsville Friday night to take on your Union County Panthers. This was a huge region 8-AA match up for the Panthers. Just like most games this season the offense would explode earlier and often. 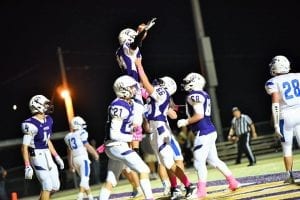 Union County would win the coin toss and elect to receive the ball to start the game and it was a great call by the Head Coach. Pierson Allison would come out throwing the ball all over the Leopards. The drive would result in a 35 yard receiving touchdown by Junior, Sawyer Drake. Then the high flying Panthers defense would take the field against the old school wing T offense Banks runs. Union would not budge a bit forcing Banks to a 3 and out on their first 4 possessions.

The second possession for the Panthers on Offense would go in the same direction as the first one. Pierson would work his magic just like all year and finish it off with a 14 yard touchdown strike to Kyle Morlock. Chayton Schafer would be the answer to the Panther’s 3rd touchdown when he caught a 25 yard pass. This would bring a end to the 1st quarter with the Panther’s leading 21-0. The second quarter would be similar. Kyle Morlock would catch another touchdown and Pierson would take one in from 54 yards out. Banks would answer making the score 35-7 at the half.

The old school wing T would eat 10 minutes of the 3rd quarter up and would end in a touchdown for Banks county. Howevere, with two minutes left in the 3rd the Panthers would take the ball down the field and score on another rushing touchdown by Pierson Allison. This would end the 3rd with the panthers leading 42-14. The 4th quarter would be a time for the Panthers to get some young guys in. Jonah Daniel would score on a 16 yard rushing touchdown on his first carry. Banks would eat the rest of the clock up and get them a field goal. When the final buzzer rang the Panthers came out on top 49-17. Union will travel to Ogelthorpe to take on the Patriots this Friday night. 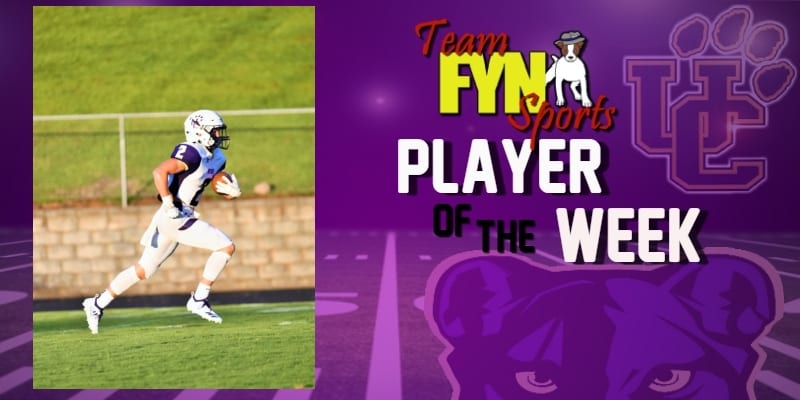 The heart and soul of the Union County Panthers football team is, Senior Chayton Schafer. Chayton is a factor in all 3 parts of the game(offense,defense,special teams.) This was the same Friday night against Banks County. Chayton had a 25 yard receiving touchdown on the offensive side of the ball and on the other side of the ball he had 7 tackles and two interceptions. Congratulations to Chayton and the Panthers! 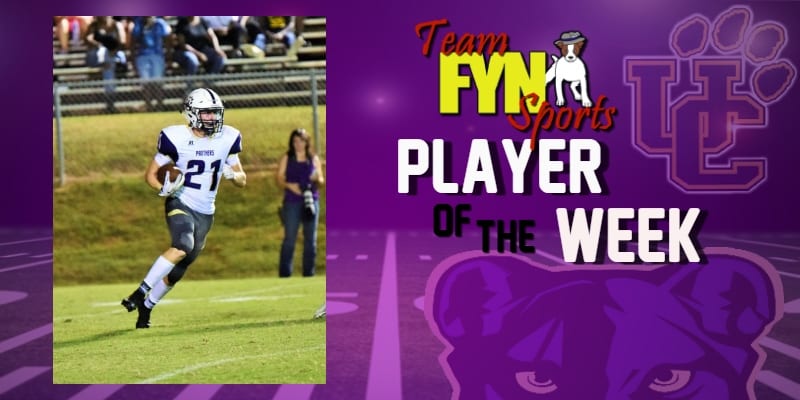 The Panthers are coming off a huge region win against the Putnam County War Eagles, 55-0. Obviously you could give the player of the week to the whole starting defense, but it is hard when a player puts up stats like Sawyer Drake did. The Junior Wide Receiver had 5 catches for 118 yards and 2 touchdowns. Congratulations to the Panthers and Sawyer Drake on huge win! 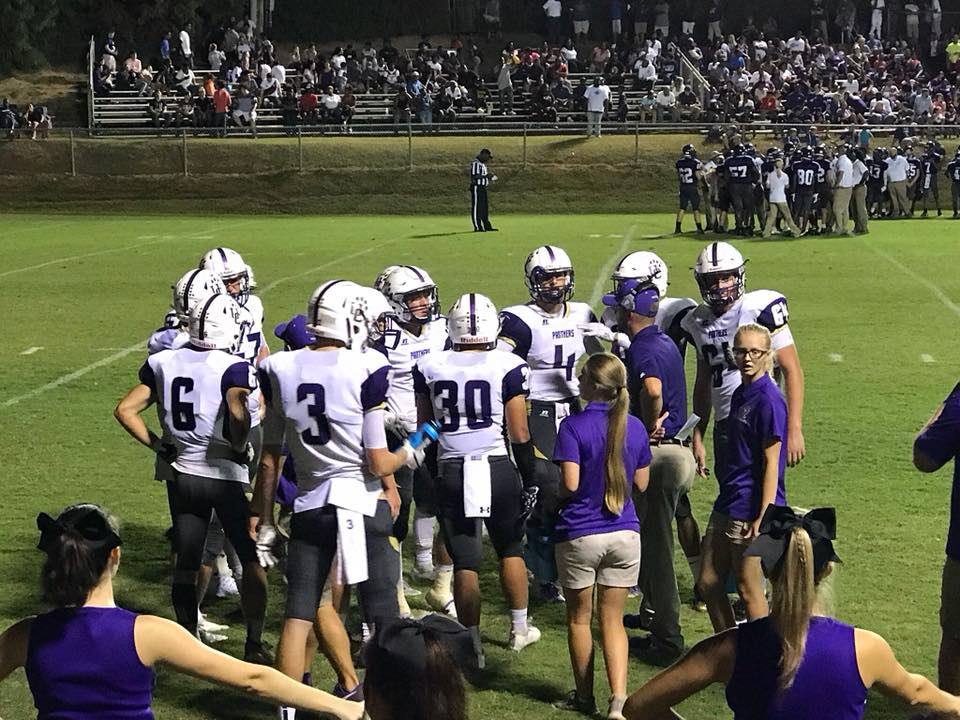 Union County was faced with many different adversities Friday night, but the Panthers rose to the occasion in fashion. The biggest adversity other then having to drive 3 hours and playing in 90 degree weather was not having the heart and soul of the defense not being able to play (Chayton Schafer). However, Junior Defensive Back, John Mancuso, stepped up and was key to the Panthers victory Friday night. 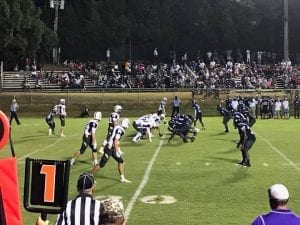 The Panthers would start the game very slow on offense with the first 2 possessions resulting in turnovers, but Pierson Allison would not let this turn of events go on for long. Allison would take over the and lead the offense down the field on five different occasions. The Panthers threw for over 220 yards, but the most impressive stat was they rushed for 260 and all 5 touchdowns were rushing touchdowns. Union’s defense had a big task this week with Monticello’s quarter back. The Panthers did a great job containing him for the most part and only allowing 22 points with 8 of them coming late in the fourth quarter. Union County will look to build on the 38-22 win over Monticello as they prepare for the Putnam County War Eagles. Everyone come out Friday Night to help cheer the Panthers on at 7:30 and enjoy the festivities of Homecoming. 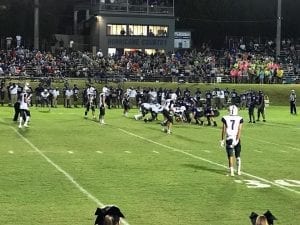 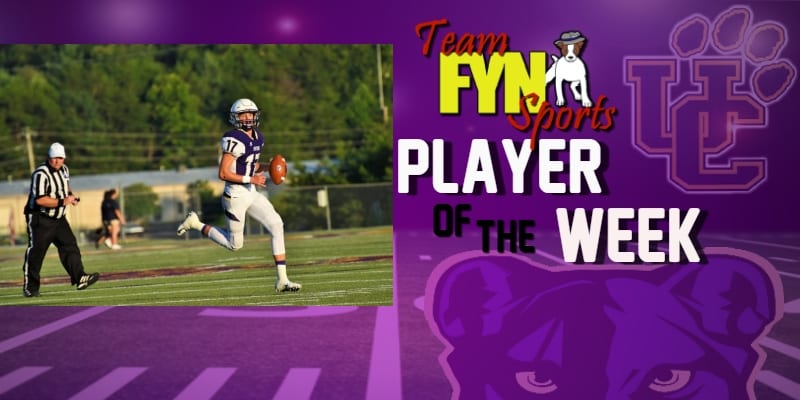 Pierson Allison has been  putting up video game numbers the first 3 weeks and this week was no different. The Junior signal caller was 19-28 for 284 yards passing and rushed for 135 yards and 2 touchdowns. Congrats to Pierson Allison and the rest of the Panthers on a big region win!

Senior Chayton Schafer is the heart and soul of the Union County Panthers. Schafer is having a great senior year and kept building on his season on Friday. The Senior had 13 tackles, 3 tackles for loss, 1 interception and a 30 yard receiving touchdown. Keep up the great work Chayton!